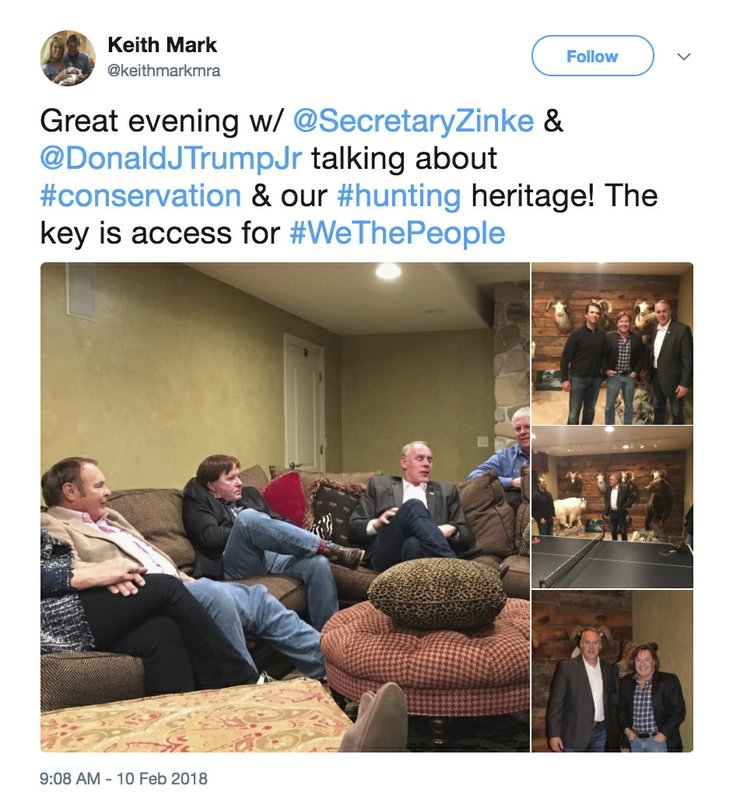 WASHINGTON (AP) — Trophy hunters are packed on a new U.S. advisory board created to help rewrite federal rules for importing the heads and hides of African elephants, lions and rhinos. That includes some members with direct ties to President Donald Trump and his family.

A review by The Associated Press of the backgrounds and social media posts of the 16 board members appointed by Interior Secretary Ryan Zinke indicates they will agree with his position that the best way to protect critically threatened or endangered species is by encouraging American hunters to shoot some of them.

The Trump administration has quietly moved to reverse Obama-era restrictions on bringing trophies from African lions and elephants into the United States, despite presidential tweets decrying the practice as a “horror show.”