Experts: Fukushima must do more to reduce radioactive water 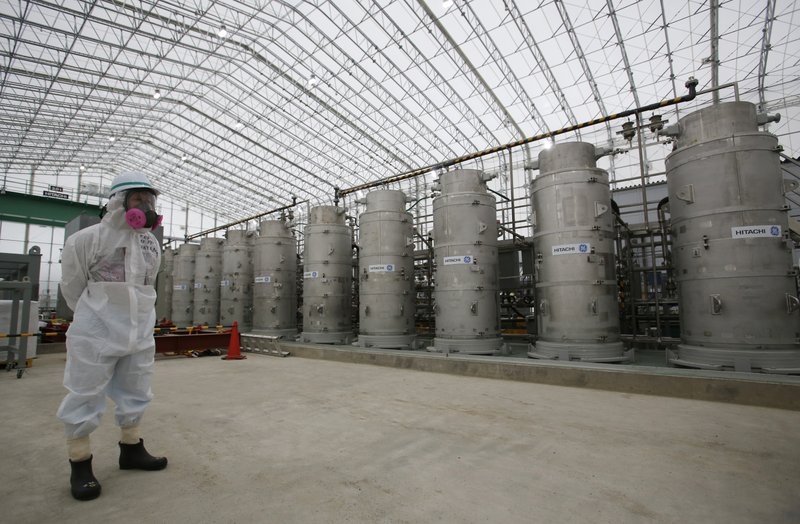 TOKYO (AP) — A government-commissioned group of experts concluded Wednesday that a costly underground ice wall is only partially effective in reducing the ever-growing amount of contaminated water at Japan’s destroyed Fukushima nuclear plant, and said other measures are needed as well.

The plant’s operator, Tokyo Electric Power Co., says the ice wall has helped reduce the radioactive water by half. The plant also pumps out several times as much groundwater before it reaches the reactors via a conventional drainage system using dozens of wells dug around the area.

The groundwater mixes with radioactive water leaking from the damaged reactors. Contaminated water also results from rainwater that comes in contact with tainted soil and structures at the plant, which suffered meltdowns of three reactors after a March 2011 earthquake and tsunami.

The panel agreed that the ice wall helps, but said it doesn’t completely solve the problem. Panel members suggested that additional measures be taken to minimize the inflow of rainwater and groundwater, such as repairing roofs and other damaged parts of buildings. Results from the recent dry season were positive, but they noted that heavy rainfalls caused spikes in the amount of contaminated water.

“We recognize that the ice wall has had an effect, but more work is needed to mitigate rainfall ahead of the typhoon season,” said panel chairman Yuzo Onishi, a Kansai University civil engineering professor.

The 1.5-kilometer (1-mile) coolant-filled underground structure was installed around the wrecked reactor buildings to create a frozen soil barrier and keep groundwater from flowing into the heavily radioactive area. The ice wall has been activated in phases since 2016. Frozen barriers around the reactor buildings are now deemed complete.

On Wednesday, TEPCO said the amount of contaminated water that collects inside the reactor buildings was reduced to 95 tons per day with the ice wall, compared to nearly 200 tons without one. That is part of the 500 tons of contaminated water created every day at the plant, with the other 300 tons pumped out via wells, treated and stored in tanks.

In addition to the 35 billion yen ($320 million) construction cost funded by taxpayers’ money, the ice wall needs more than 1 billion yen ($9.5 million) annually in operating and maintenance costs. Critics have been skeptical about the ice wall and suggested greater use of wells — a standard groundwater drainage method — as a cheaper and more proven option.

The head of TEPCO’s decommissioning company, Naohiro Masuda, said the ice wall deserves more recognition because it has stabilized groundwater movement and helped eliminate emergencies, while reducing the total amount of water pumped up, which also saves costs for water treatment and storage tanks.

“We can work more stably thanks to the ice wall. Intuitively, it is very effective,” Masuda said at the meeting, adding that the wall contributed more than its cost.

The plant has been struggling with the ever-growing amounts of water — only slightly contaminated after treatment — now totaling 1 million tons and stored in 1,000 tanks, taking up significant space at the complex, where a decades-long decommissioning effort continues. Officials aim to minimize the contaminated water in the reactor before starting to remove melted fuel in 2021.