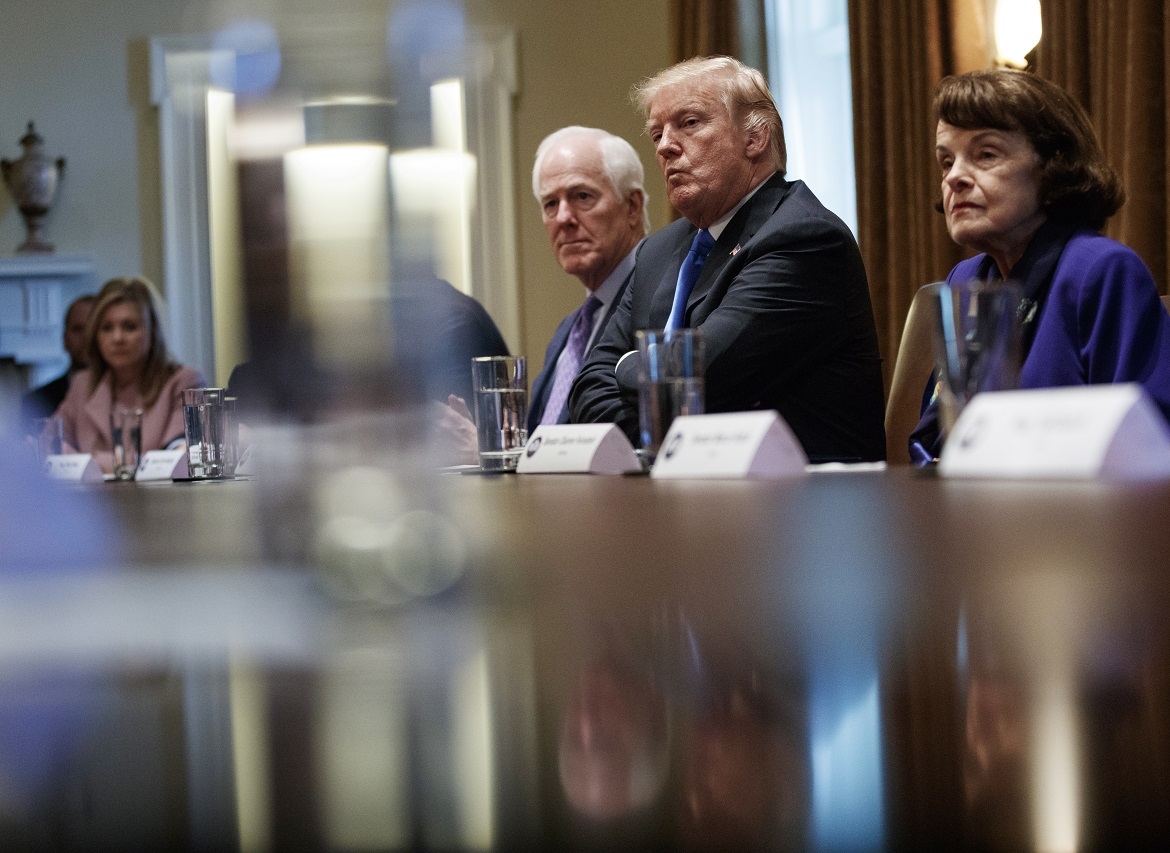 The stores that recently changed their policies on guns made an uninformed decision, says one gun advocate.

Those businesses are getting caught up in a social media storm, Nick Clark, with the gun advocacy group Wisconsin Carry, believes.

Dick’s Sporting Goods, Walmart and other businesses have recently changed policies, limiting firearm sales to those aged 21 and over, among other things.

“I think it’s a bad business decision for them,” Clark said. “Although, how bad, really depends on what percentage of their sales come from that and, I suspect, it’s pretty small.”

Pres. Trump to VP Pence on gun violence restraining orders: “I like taking the guns early… so we could do exactly what you’re saying, but take the guns first, go through due process second.” https://t.co/Um6f2f6yVZ pic.twitter.com/iKJlmnwSlu

Of course, a day after that meeting, Trump met privately with the NRA’s top lobbyist, who came away tweeting this, “I had a great meeting tonight with (Trump and Pence). We all want safe schools, mental health reform and to keep guns away from dangerous people. POTUS & VPOTUS support the Second Amendment, support strong due process and don’t want gun control.”

But Clark lumps the stores right along with Trump’s statements on gun control and believes, with the new policies for sales, it may be unconstitutional.

“I don’t know whether there would be a legal challenge in terms of 18 to 21 years but I think it’s something to consider.”

Clark also says Trump is losing many of his core voters through his current push on limiting gun rights.