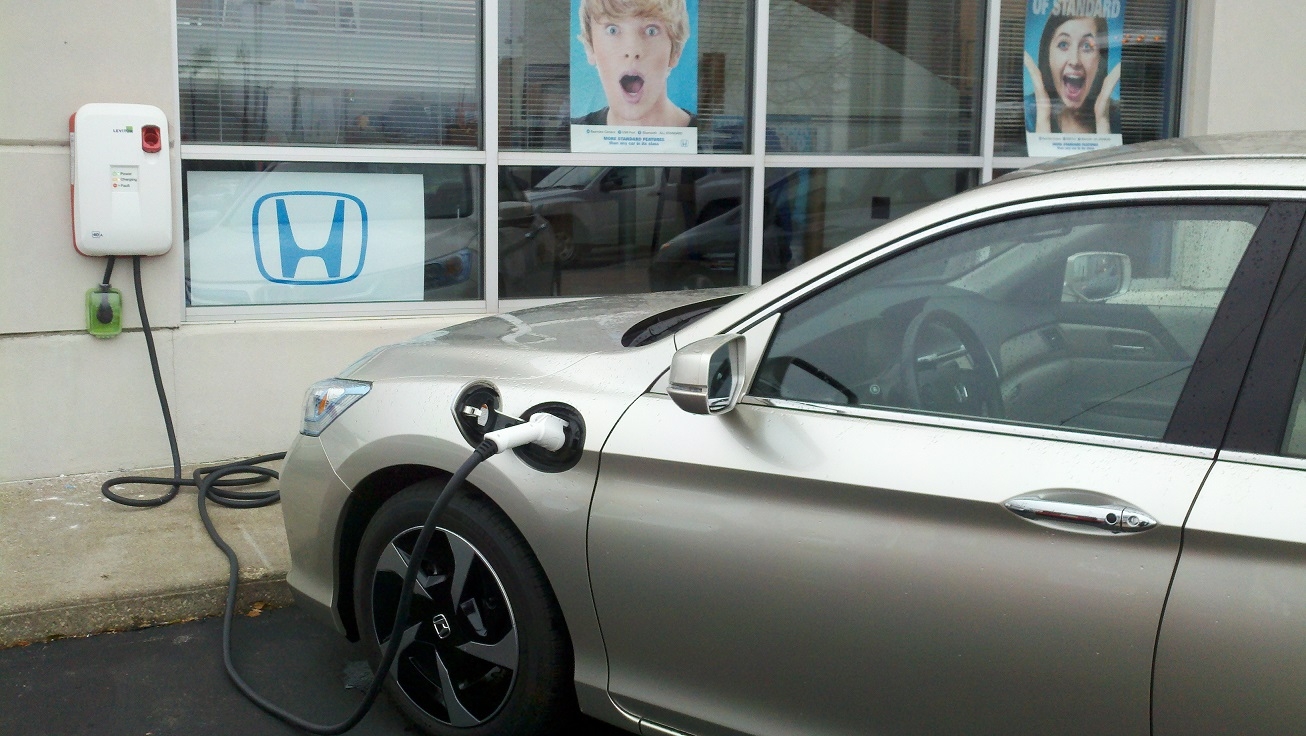 Those driving electric cars in downtown La Crosse could soon have one place to recharge.

Honda Motorwerks has donated a ‘Level 2’ charging station to be installed in the Pine St. ramp, near the La Crosse courthouse.

Motorwerks owner Chris Schneider says an ’empty’ car would need about two hours to recharge there but, he points out, faster chargers are available.

“And I would like to encourage the city to think about putting in a DC fast charger like they have in Madison, Milwaukee and the Twin Cities,” Schneider said.

At this point, La Crosse’s only charging station is at the airport.

“If we talk about major communities nearby, like Madison, the new Festival Foods, on East Washington, has six different electrical chargers available,” Schneider said.

The city could impose a fee for using the charger inside the downtown La Crosse ramp.

The chargers Schneider is referring, at the Madison Festival Foods, are free. That store also has kennels for dogs and a kids’ playroom.

One review on Yelp said the free charging station is what brought them to the store in the first place.

Schneider hopes to see charges installed soon at stores and businesses throughout the area.