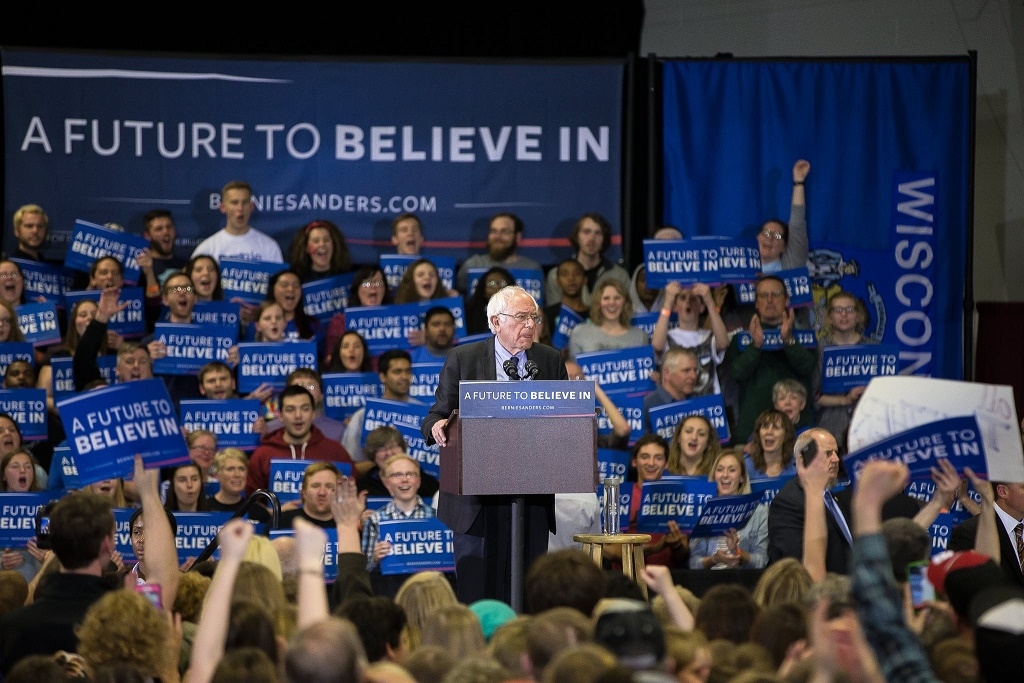 WASHINGTON — Republicans spent much of the last decade firing up their base with a vow to repeal President Barack Obama’s health care overhaul. But when it came to doing the deed, they found promises much easier than execution.

Democrats may be starting down the same path on taxes.

From New Mexico to New York, high-profile liberals are calling for the repeal of the Republican tax plan that President Donald Trump signed into law just two months ago. They’re betting big that the message will resonate with voters in the midterm elections in November and provide the sort of clear, populist economic message some Democrats worry has been missing. But others, including red-state Democrats, are clearly queasy about the strategy, mindful that repealing a government benefit once it takes hold is far easier said than done — and not always popular.

When pressed, some leading Democrats conceded that they’d repeal only certain portions of the tax law despite the implication that they’d go further.

Vermont Sen. Bernie Sanders, a 2016 presidential candidate who appeared last weekend in Iowa, Wisconsin and Michigan as part of the “Repeal the Trump Tax” national tour, said “No” three times in an AP interview when asked whether he backed full repeal.

“I think what we have got to do is sit down and take a look at what kind of tax benefits would work best for small business, for working families and the middle class,” Sanders said. “But what we must repeal completely is tax breaks that go to billionaires and to profitable large corporations that are in some cases are paying very little in taxes right now.”

Los Angeles Mayor Eric Garcetti, who may seek the Democratic presidential nomination in 2020 and was also featured on the repeal tour, offered a more aggressive position.

“Repeal this tax bill,” Garcetti said. “It was passed by, and for, the Washington crowd and their rich friends. Corporations and billionaires are doing just fine.”

The messaging challenge comes as the Republican tax overhaul emerges as a central issue in this year’s midterm elections. More than health care, guns, or immigration, Republicans and Democrats both have embraced the tax debate. Each side believes it has the winning argument in a battle that will decide the balance of power in Washington for the last two years of Trump’s first term.

While Trump and many conservative leaders cheered the tax overhaul, it was among the least popular pieces of legislation in modern history when it became law in December. Not a single Democrat in the House or Senate voted for the tax plan, which overwhelmingly benefited the wealthy, but included modest savings for many middle-class and lower-income Americans.

“I would urge Democrats to embrace repeal. It is a simple clean message. It also captures essentially what most Democrats feel about this bill: It’s bad,” said Nicole Gill, whose liberal group, Tax March, coordinated the ongoing “Repeal the Trump Tax” national tour, which in addition to Sanders and Garcetti has already featured appearances from House Minority Leader Nancy Pelosi, Democratic National Committee Deputy Chairman Keith Ellison and at least 16 other members of Congress in recent weeks. The tour runs through mid-April.

Maryland Sen. Chris Van Hollen, who leads Senate Democrats’ 2018 campaign efforts, encouraged all of his party’s candidates, even the most vulnerable, to embrace their opposition to the tax law.

“Our members will be talking to these issues,” Van Hollen said. “It doesn’t matter if you’re a red state or a blue state, the idea of running up the debt by $1.5 trillion and cutting Medicare and Medicaid to pay for tax cuts for big corporations and the wealthy is not popular.”

So far, at least, red-state Democrats are quick to say they would not repeal the law if given the chance, in what is a far more cautious approach than some party strategists and blue-state officials would like.

“I think there’s a lot of good things in the tax bill. I just think they went a little too far on some things,” said West Virginia Sen. Joe Manchin, who is running for re-election this fall in a state Trump won by 42 points.

Manchin, for example, said he wanted the corporate tax rate placed at 25 percent and he would not have voted to repeal the health coverage mandate.

“No, I wouldn’t vote to repeal it. I’m not that type of a person,” he said in an interview, adding that he had a similar philosophy on Obama’s health care overhaul: Fix it, rather than repeal.

Democratic Sen. Jon Tester of Montana, a state Trump won by 20 points, said he understands that some constituents will benefit from the tax law. He said headlines about bonuses are “all positive” as far as he’s concerned.

“There’s portions of the tax bill that actually made sense,” he said in an interview. “But the thing is, who pays for it? And it’s our kids.”

During the bill signing in December, Trump highlighted the corporate tax cut in particular, which was dropped from 35 percent to 21 percent. Companies such as Apple, Walmart, Cisco and Pepsi will save hundreds of millions of dollars and sent some of the savings to workers in the form of bonuses and pay increases, but much more went to corporate executives and other shareholders. The bill also lowered the tax rates for each income level and doubled the standard deduction.

Most Americans, but not all, will save money on their tax bills in the coming years, with wealthier taxpayers saving the most. The individual tax cuts will expire in 2025, while the business cuts are permanent.

Virginia Gov. Ralph Northam, a Democrat elected three months ago, suggested that it didn’t matter much whether Democrats promised outright repeal or major improvements as they campaign against the Republican tax law this fall.

“Whether you take an approach of repealing or taking a piece of legislation that you can improve upon — it’s the same thing (with) the Affordable Care Act — nothing’s perfect,” Northam said.