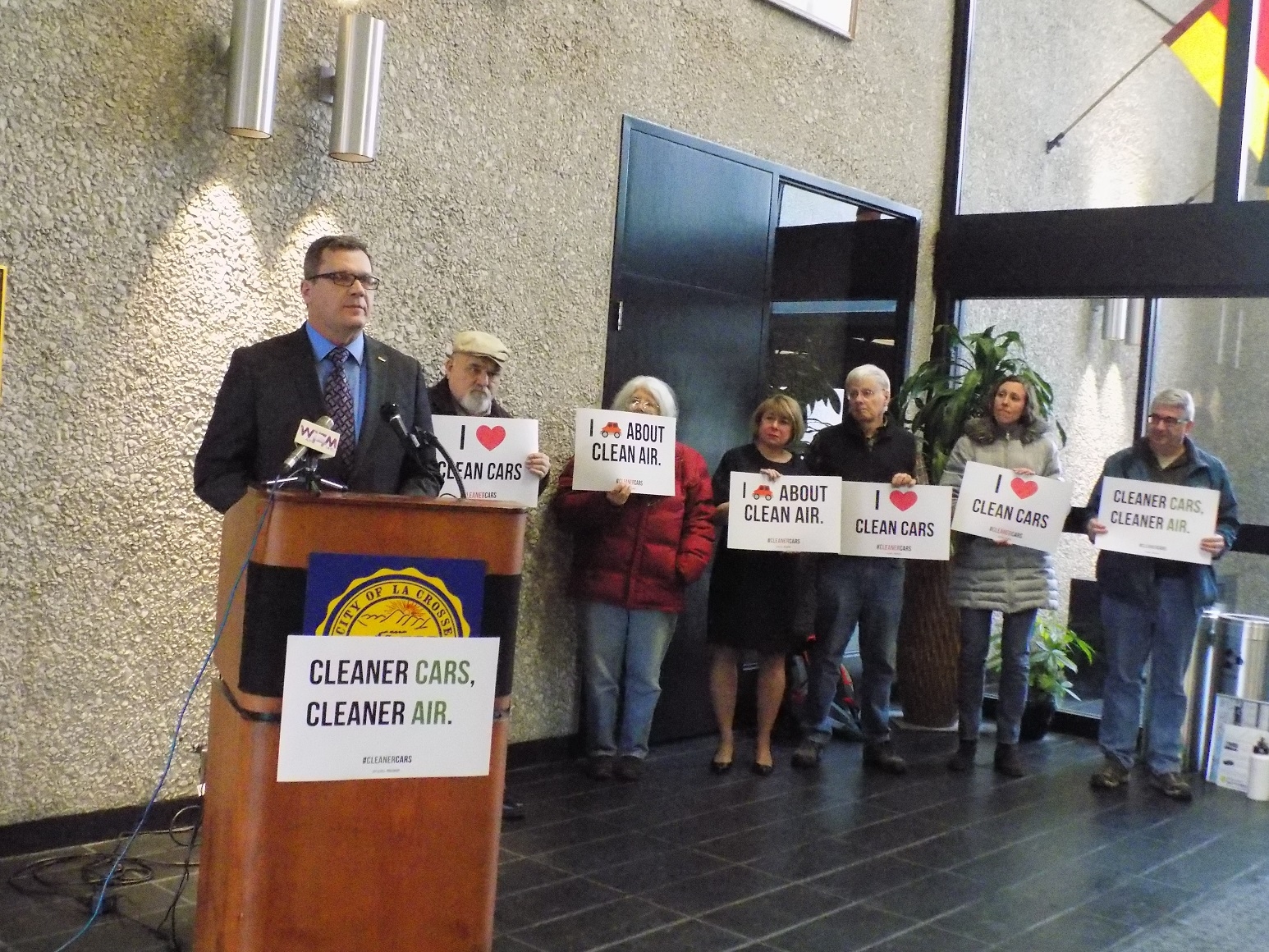 La Crosse is trying to set an example, calling on Washington, D.C., to continue clean-air standards in American cars.

The Sierra Club hopes to see the clean car campaign spread, as part of its overall environmental mission. Coulee Region Sierra Club board member Avery Van Gaard says Madison has taken a similar stand against the rollback of pollution standards.

“These standards are very important and there’s a reason they were put in place,” Van Gaard said. “It doesn’t seem right or reasonable that they’re possibly going to be rolled back.”

Van Gaard added that the Sierra Club is becoming active in social programs, beyond just appreciation of nature.