Unlike La Crosse, no debate over giant Hiawatha statue in U.P. 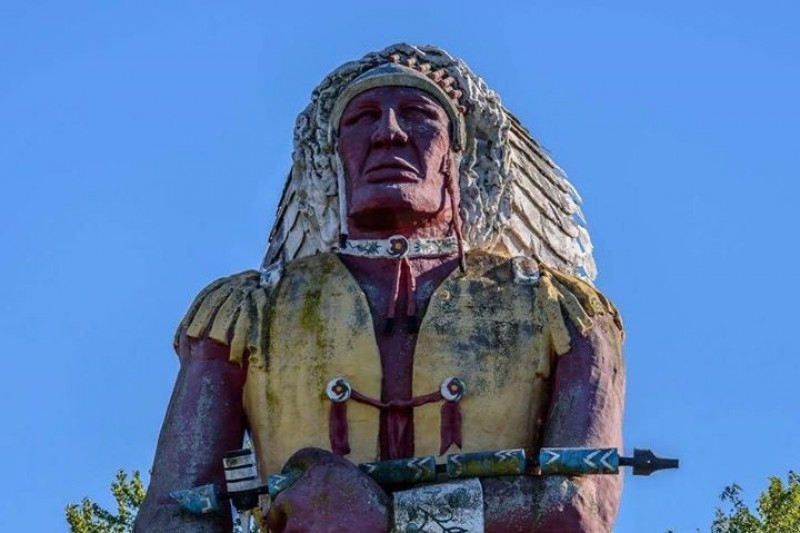 There’s another big Hiawatha statue outside of La Crosse that nobody’s talking about taking down.

We talked to Michael Meyer, head of the Chamber of Commerce in Ironwood, Mich., home for what’s billed as “The world’s tallest Indian.”

It’s 54-feet tall and eight tons of fiberglass. The 55-year-old statue is a central part of the community’s identity.

“Every summer, of course, people come here and their relatives, “Oh you must go see Hiawatha,'” Meyer claims. “So, they all go up the hill and have their picture taken by him. He’s been here so long that everyone wants to go and see him.”

Meyer said that while Ironwood’s statue isn’t exactly art, it remains historically and culturally significant for the area.

“It has lost, I think, much of its original purpose and being,” Meyer said. “On the other side, now that most of these things are gone, it’s kind of become historic.

“As an example of what mid-20th century American outdoor culture is, these things do have value.

Unlike in the case of La Crosse’s Hiawatha statue, Meyer said nobody’s talking about tearing down Ironwood’s particular colossus. His chamber is currently fundraising to repaint and repair the statue. It needs $30,000. Currently, it’s over halfway there.

“We have to kind of keep him going, I guess,” Meyer said. “It’s not something that people could just simply tear down and say, ‘Well, we’re done with that.’

Weather and pigeon droppings, says Meyer, have taken their toll on the giant statue’s appearance.