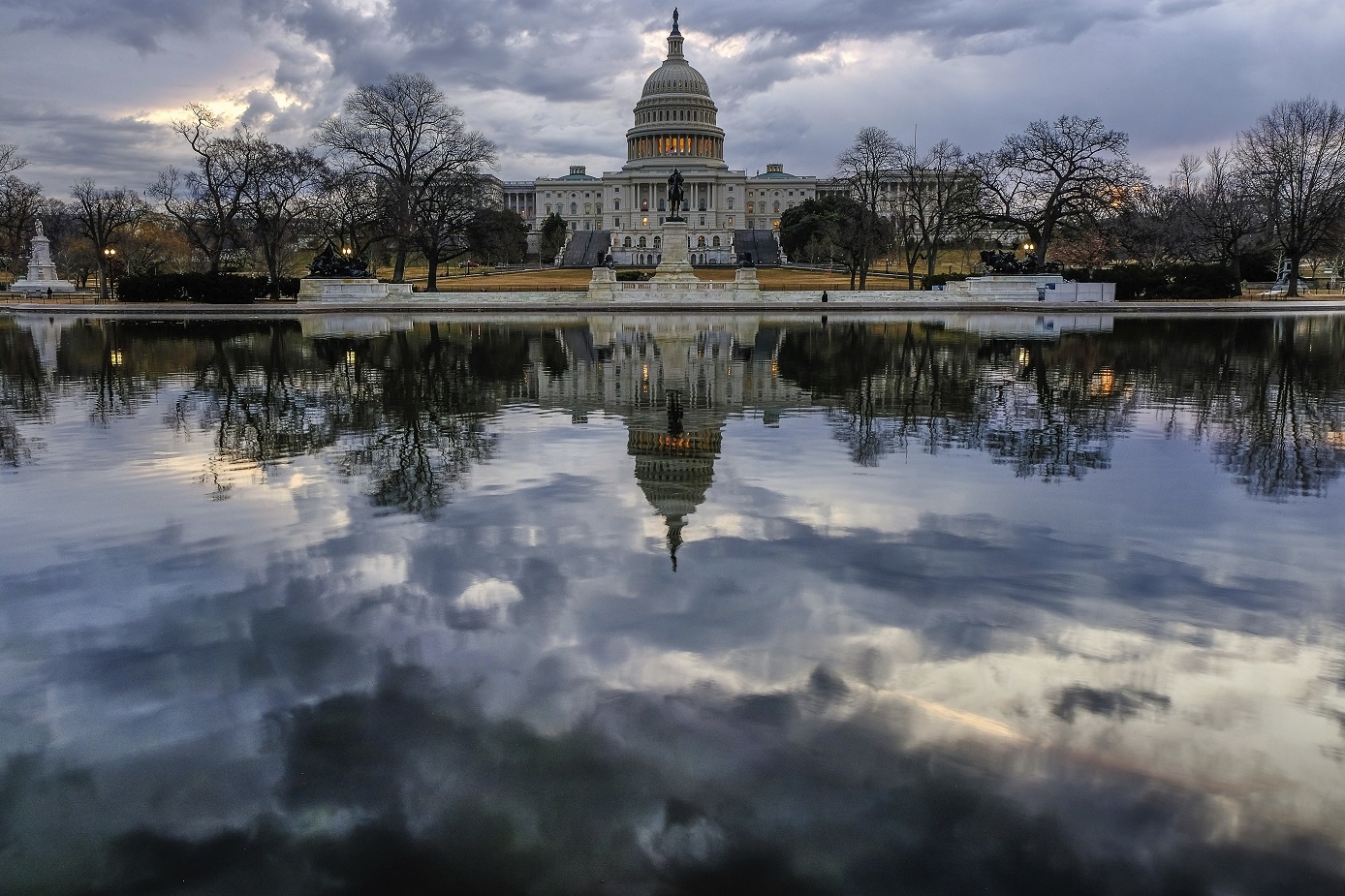 WASHINGTON — Lawmakers were striving in the pre-dawn hours to reopen the federal government, shuttered since midnight after a rogue Senate Republican blocked a speedy vote on a massive, bipartisan, budget-busting spending deal.

Kentucky Sen. Rand Paul, protesting the return of trillion-dollar deficits on the watch of Republicans controlling Washington, blocked a vote on the approximately $400 billion spending measure, which is married to a six-week temporary funding bill need to prevent the shutdown and provide time to implement the budget pact.

Paul pushed a set of Senate votes into early Friday. The measure, backed by the Senate’s top leaders, was expected to sail through the chamber, but the situation was dicey in the House, where liberal Democrats and tea party conservatives both swung into opposition.

The underlying bill includes huge spending increases sought by Republicans for the Pentagon along with a big boost demanded by Democrats for domestic agencies. Both sides pressed for $89 billion for disaster relief, extending a host of health care provisions, and extending a slew of smaller tax breaks.

It also would increase the government’s debt cap, preventing a first-ever default on U.S. obligations that looms in just a few weeks. Such debt limit votes are usually enormous headaches for GOP leaders.

The partial shutdown — the military and essential workers would remain on the job regardless — was the second in less than a month. Paul repeatedly held up votes on the budget plan, futilely seeking a vote on reversing spending increases.

After Senate action, the House vote could come before dawn, making the shutdown a short one.

At the White House, there appeared to be little sense of concern. Aides closed shop early in the night, with no comment on the display on the Hill. The president did not tweet. Vice President Mike Pence, in South Korea for the Winter Olympics, said the administration was “hopeful” the shutdown would not last long.

But frustrations were clear in both sides of the Capitol, where just hours earlier leaders had been optimistic that the budget deal was a sign they had left behind some of their chronic dysfunction. Senate Democrats sparked a three-day partial government shutdown last month by filibustering a spending bill, seeking relief for “Dreamer” immigrants who’ve lived in the country illegally since they were children. This time it was a Republican’s turn to throw a wrench in the works.

Paul brushed off pleas from his fellow Republicans, who billed the budget plan as an “emergency” measure needed for a depleted military.

“We will effectively shut down the federal government for no good reason,” said Sen. John Cornyn, as his requests to move to a vote were repeatedly rejected by Paul.

House GOP leaders said they were confident they had shored up support among conservatives for the measure, which would shower the Pentagon with money but add hundreds of billions of dollars to the nation’s $20 trillion-plus debt.

House Democratic leaders opposed the measure — arguing it should resolve the plight of Dreamers — but not with all their might. House Speaker Nancy Pelosi, D-Calif., asked Speaker Paul Ryan in a Thursday night letter to promise he would bring a bipartisan immigration measure sponsored by Reps. Will Hurd, R-Texas, and Pete Aguilar, D-Texas, up for a vote.

Ryan didn’t immediately respond. He said again Thursday he was determined to bring an immigration bill to the floor this year — albeit only one that has President Donald Trump’s blessing.

At a late afternoon meeting, Pelosi made it plain she wasn’t pressuring fellow Democrats to kill the bill, which is packed with money for party priorities like infrastructure, combating opioid abuse and helping college students.

Still, it represented a bitter defeat for Democrats who followed a risky strategy to use the party’s leverage on the budget to address immigration and ended up scalded by last month’s three-day government shutdown. Protection for the Dreamers under former President Barack Obama’s Deferred Action for Childhood Arrivals program, or DACA, expires next month.

Republicans were sheepish about the bushels of dollars for Democratic priorities and the return next year of $1 trillion-plus deficits. But they pointed to money they have long sought for the Pentagon, which they say needs huge sums for readiness, training and weapons modernization.

“It provides what the Pentagon needs to restore our military’s edge for years to come,” said Ryan.

Beyond $300 billion worth of increases for the military and domestic programs, the agreement adds $89 billion in overdue disaster aid for hurricane-slammed Texas, Florida and Puerto Rico, a politically charged increase in the government’s borrowing cap and a grab bag of health and tax provisions. There’s also $16 billion to renew a slew of expired tax breaks that Congress seems unable to kill.

“I love bipartisanship, as you know,” said Sen. Jeff Flake, R-Ariz. “But the problem is the only time we discover bipartisanship is when we spend more money.”

The deal contains far more money demanded by Democrats than had seemed possible only weeks ago.

“We’re not going to get DACA as part of this,” said Rep. John Yarmuth of Kentucky, the top Democrat on the Budget Committee. “So if we can negotiate a deal like I think we’ve gotten that essentially meets every other one of our priorities then I think that’s where a lot of the Democrats are.”