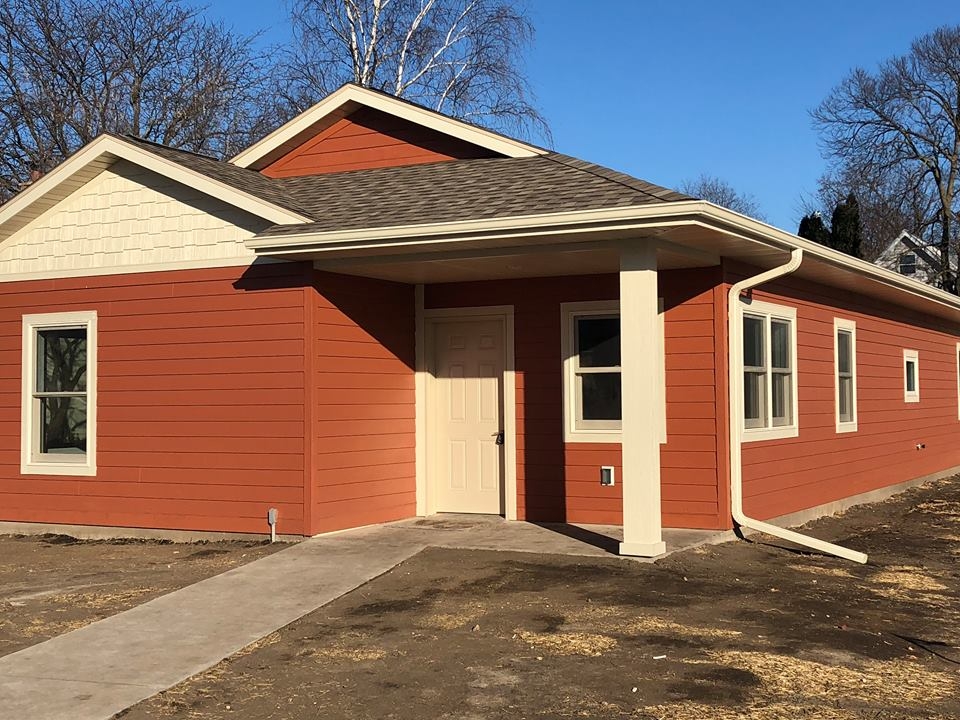 They were once three separate rental houses in the Washburn Neighborhood valued at a total of $150,000.

Thanks to redevelopment efforts from the city and groups like Habitat for Humanity — La Crosse Area, the section of that neighborhood is much nicer.

“When we’re all done, we’ll have 7 brand new homes worth $1.3 million,” Habitat executive director Kahya Fox said. “So we’re doing a lot ot add to the tax base.”

But, that’s not the only thing, Fox continued.

“We’ll also have a total of three duplexes, so six additional units,” she said. “Four of those units will be affordable-housing units and the other two will be market rate.”

At 1 p.m. Saturday, there will be a dedication ceremony at the home on the corner of 5th Ave. and Mississippi St. now owned by a mother with three children. It’s the 43rd home built by the group.

“That idea of having a safe place for their family that they know they can call their own … is one of those things that we need in this community and they’re learning how to be successful homeowners in our community,” Fox said.