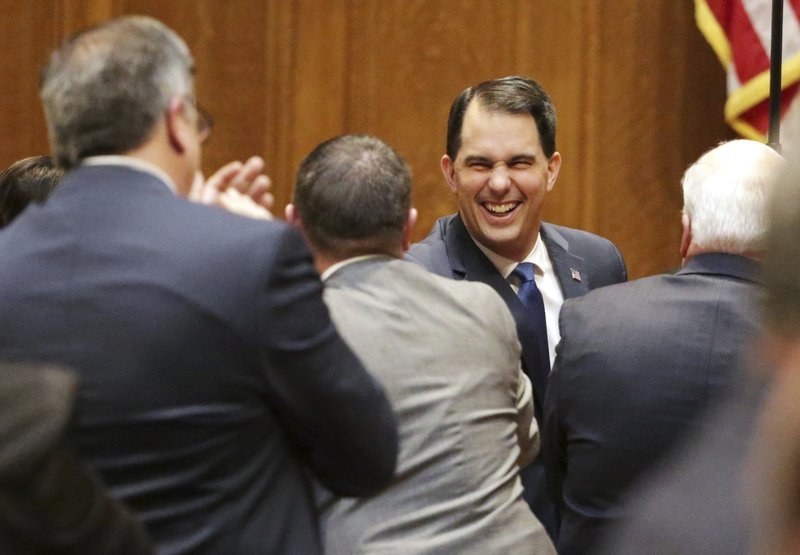 MADISON, Wis. — Reactions to Gov. Scott Walker’s State of the State speech Wednesday, in which he proposed a $100 per-child rebate and other priorities in advance of the November re-election:

“We will adopt Governor Walker’s $100 child tax credit, sharing the ‘reform dividend’ with the hardworking families of the state.”

“Despite Governor Walker’s frantic attempts to improve his public approval ratings in a tough election year, Wisconsin residents will not be fooled. This election year enlightenment has shown that he has failed to deliver on his empty promises of the past and his misguided priorities have taken the state in the wrong direction.”

“You can’t listen to what the governor says, you have to look at what he’s done.”

“Scott Walker can’t hide from his record. His State of the State speech was nothing more than a transparent election-year attempt to rewrite history.”

“Gov. Walker’s proposal to create a child tax credit should be quickly adopted by the legislature and signed into law.”