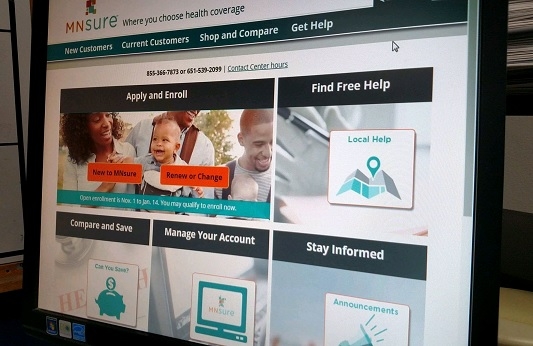 Critics of MNsure might have to find a new punching bag.

“There has been a lot of political rhetoric around the Affordable Care Act and around MnSure, and I hope it stops,” she said. “This is working in Minnesota. Minnesotans are taking advantage of tax credits that are driving down the costs of premiums.”

More than 116,000 signed up for private health insurance plans on MNsure, which is 2,000 more than last year. And 60 percent of those received credits to offset the cost of the insurance.

Statewide, those credits averaged $7,000 but varied widely around the state, with the highest credits in the southeastern part of the state at a little over $12 thousand.

Despite the success, both the Affordable Care Act and MNsure will probably remain under fire. O’Toole, however, sure wishes that would change. The success comes as lawmakers continue to undermine health care in Washington.

“As we face changes coming out of Washington, it’s really important that elected officials keep the rhetoric out of it and come to the table with real solutions for how we cover Minnesotans,” O’Toole said.

A total of 209,000 signed up for health insurance under MNsure.