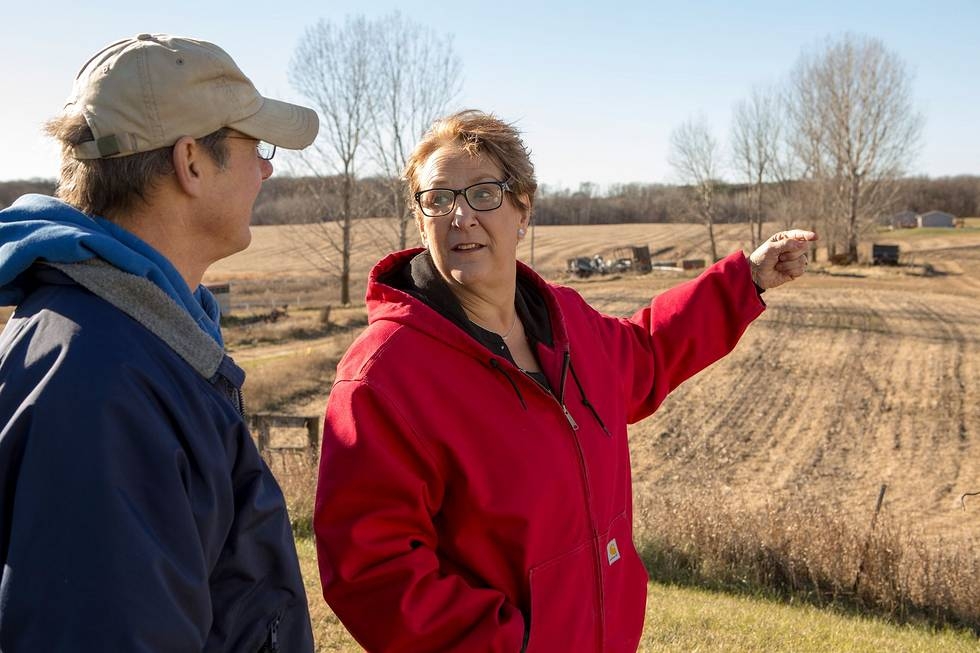 The district has trended red for years. Republican Sheila Harsdorf held the Senate seat for 16 years before she resigned in November to become Gov. Scott Walker’s agriculture secretary. Every county in the district voted for Trump in 2016. Jarchow is in the middle of his third term representing the area in the Assembly and had built a formidable base.

But Democrats banked that anti-Trump backlash could even the playing field. Republicans sensed it, too. Conservative groups Americans for Prosperity and the Republican State Leadership Committee both ran ads supporting Jarchow and Republican state Sen. Leah Vukmir, who is running for U.S. Senate, traveled to the district to campaign for him.

It wasn’t enough, even in a district that Barack Obama lost by 6 points in 2012 and Hillary Clinton lost by 17 to Trump.

Schachtner said her win sends a message that voters are tired of negative politics.

“People sent a message tonight we don’t want to be negative any more,” she said. “Change it up. I ran a positive campaign. … My message has always been be kind, be considerate and we need to help people when they’re down.”

Schachtner said the victory “certainly could be” a bad sign for Republicans elsewhere in the state this year, but for now she’s just focused on serving her new constituents.

Schachtner’s victory doesn’t change the balance of power in the Senate. Republicans will go into the fall campaign season with an 18-14 majority and one vacancy.

But her win is a sign of hope for Democrats, who have been pushed to the brink of irrelevancy after seven years of Republican control of both legislative houses and the governor’s office.

Also Tuesday, Democrat Greta Neubauer of Racine won a special election for an open seat in southeastern Wisconsin’s 66th Assembly District. She replaces Democrat Cory Mason, who is stepping away to serve as mayor of Racine. Neubauer was unopposed.