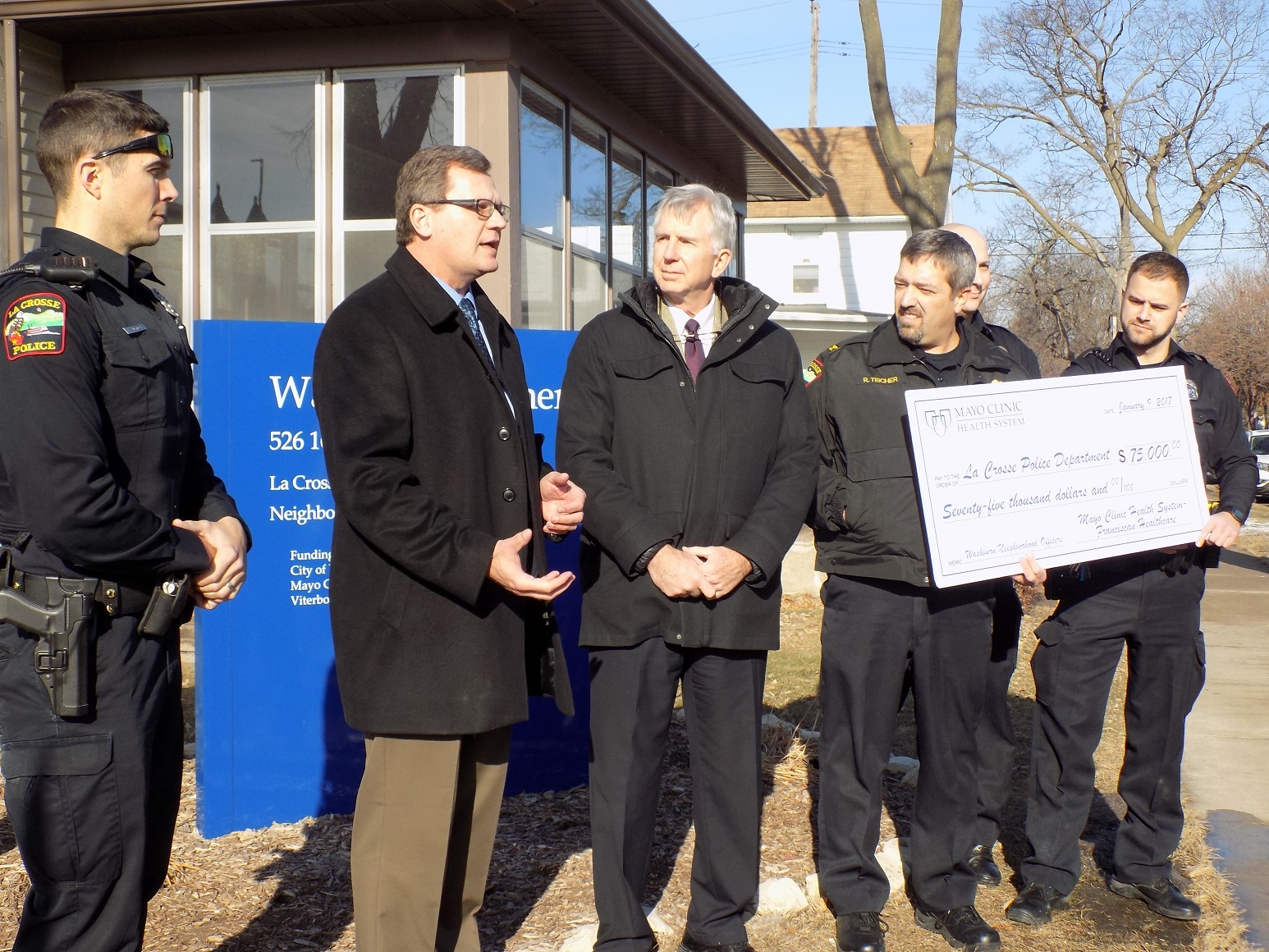 A $75,000 check will go a long way for one program at the La Crosse Police Dept.

Mayo Clinic Health System-Franciscan Healthcare in La Crosse donated the money Tuesday to the Neighborhood Resource Officer program to help keep two officers on patrol in the Washburn neighborhood near the hospital.

“We’ve seen kind of this revitalization of this neighborhood the past few years here and some of the problems were perception,” Tischer said. “It wasn’t really what was happening in the neighborhood.”

The program was launched in the Washburn area four years ago. People living there have gotten to know their officers and the officers know the neighbors.

“We’ve built quite a few, very positive relationships in the neighborhood,” Tyler Rachwal, an NRO in the Washburn area, said. “We hear about those relationships every day. If we’re talking to someone about a specific problem they’re having, and we solve that for them, they let us know that they’re happy and their neighbors are happy … that the problem is gone.”

Mayo has donated to that police program for all four years.