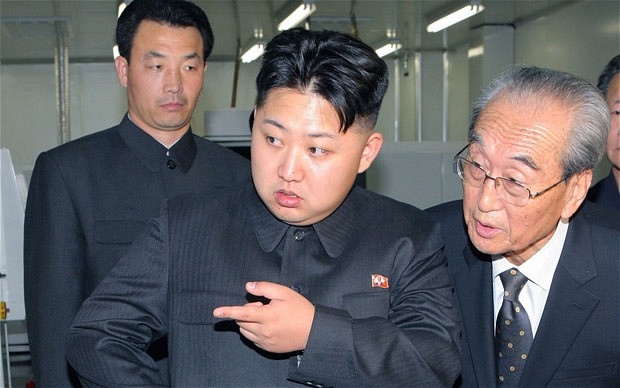 It might seem that the conflict between North Korea and the U.S. has changed dramatically in the last few days.

Andrew Kydd, a political scientist at the University of Wisconsin, suggests that is not the case.

Despite the saber rattling of the last several days, Kydd says even 33-year-old North Korean dictator Kim Jong-un isn’t ready to launch any nuclear-tipped weapon at the U.S.

“(Not) unless (Kim’s) regime is in danger of falling through some sort of war or domestic upheaval,” Kydd said.

Kydd says there’s nothing new about the wild threats of destruction towards the U.S. coming from North Korea.

North Korea has been working on nuclear weapons for awhile. That’s not new.

North Korean leaders have been threatening to attack the US for years. That’s not new.

What has changed, Kydd says, is having an American president willing to engage in the same bluster.

“It’s most likely to be blusterous,” Kydd said. “Trump is definitely given to bluster. That’s probably the most likely interpretation.”

The biggest change appears to be in threats President Donald Trump has made towards the isolated nation.

And, those threats are doing more damage around North Korea, than to the country itself. Trump’s rhetoric is further making Asia nervous about what the president might do next.