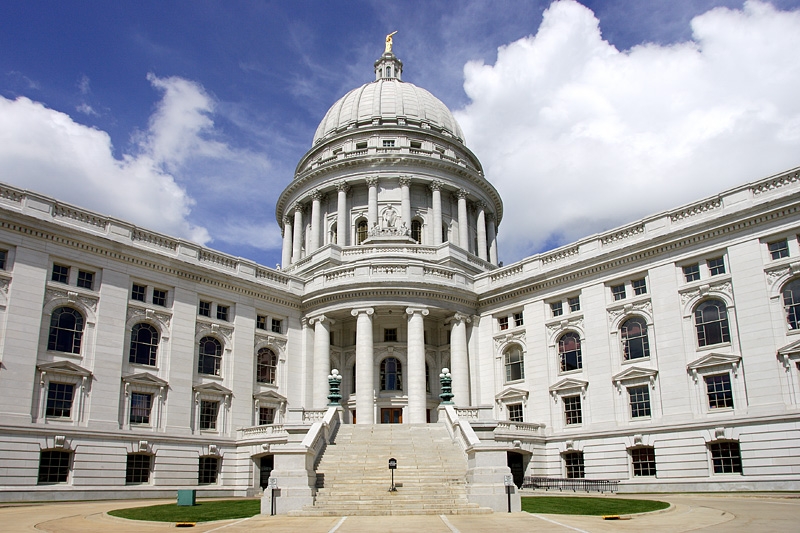 State Sen. Leah Vukmir, of Brookfield, and political newcomer Kevin Nicholson, a Delafield-based consultant for Fortune 500 companies, are facing each other in the August primary. The winner will take on Democratic Sen. Tammy Baldwin in November.

Both said they had no problem signing the first-of-its-kind pledge in Wisconsin requiring the loser of the primary to endorse the winner. They also pledged to conduct their campaign in a way that is “respectful” of fellow Republicans. But hours later on Wednesday, Vukmir and Nicholson were squabbling yet again.

Vukmir called on Nicholson to disavow his endorsement from former White House strategist Steve Bannon because of comments attributed to Bannon in a new book. According to excerpts of Michael Wolff’s book released Wednesday, Bannon said he thought President Donald Trump’s son’s contact with a Russian lawyer during the campaign was “treasonous” and “unpatriotic.”

Vukmir’s campaign manager, Jess Ward, called Bannon’s comments a “vicious attack” against the president and his family. She also called for Nicholson to reject Bannon.

Nicholson spokesman Brandon Moody said it was “disappointing” Vukmir would attack Nicholson so soon after signing the unity pledge for an endorsement that she “aggressively sought.”

Wisconsin Democratic Party spokesman Brad Bainum said the fact the party had to propose a unity pledge “shows how nasty their primary has become.”

There were benefits for signing the pledge. Both Nicholson and Vukmir will be given the names of likely delegates to the state convention who will be voting in May on who will get the Republican Party’s official endorsement.

That endorsement, which Johnson won in 2010, is significant because it provides the endorsed candidate with access to party infrastructure including volunteers, voter and donor lists, and other resources to bolster his or her campaign.

Vukmir is a close ally of Gov. Scott Walker and well-known among Republicans, having been in the Legislature since 2003. She’s been actively courting grass-roots Republicans across the state, the very people who will gather at the convention in May to vote on which candidate to endorse.

Nicholson is making his first run for office, trying to overcome questions about his past as national president of the College Democrats of America in 2000. He now works for the management consulting firm ghSMART.

Nicholson’s campaign is bolstered by at least $3.5 million in donations to a super PAC from GOP mega-donor Richard Uihlein, the founder of Uline Corp. in Pleasant Prairie. Nicholson has won the backing of the national conservative group Club for Growth in addition to Bannon. A super PAC run by former ambassador John Bolton also launched $1 million in ads for Nicholson this week.

Nicholson is one of the pro-Trump candidates Bannon is backing as he tries to fill the Senate with enough loyalists to oust Mitch McConnell as majority leader. Bannon also strongly supported Republican Roy Moore, who last month lost Alabama’s Senate race to Democrat Doug Jones.

Johnson, in a statement explaining the need for the unity pledge, didn’t reference that race explicitly but cautioned against the influence of outsiders in the Wisconsin contest.

“We’ve all witnessed what happens when Washington, D.C.-based ‘political experts’ of all kinds get involved in U.S. Senate races,” the senator said. “Here in Wisconsin, the grass roots have a track record of nominating candidates who reflect our values — not Washington’s — and we can do it again to defeat Tammy Baldwin this fall.”

The Club for Growth has tried to brand Vukmir as a “Republican in name only,” or RINO, even though she has a long record of voting for conservative measures in the Legislature. Those include the governor’s signature legislative achievements, such as the state law that curtailed public union power and collective bargaining.

Vukmir has argued that she’s been a “consistent conservative,” while raising questions about Nicholson’s past as a Democrat.

The unity pledge, under development by state party leaders since September, also requires Nicholson and Vukmir to agree to conduct a campaign focused on defeating Baldwin. By signing, they also agreed to seek the state party’s endorsement in a manner compliant with the process in place.