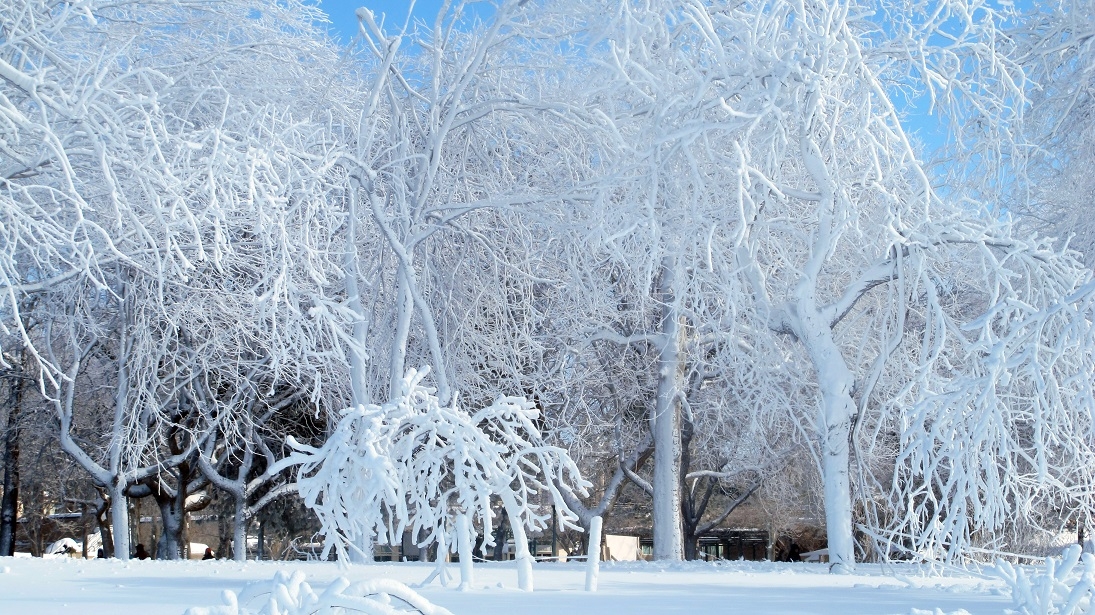 NIAGARA FALLS, N.Y. — Niagara Falls is one place the nation’s deep freeze is as much seen as it is felt.

Mist from the surging waters has been freezing instantly on everything it touches, coating trees, walkways, cliffs and overlooks in a dreamy, brilliant white. Visitors hardy enough to withstand the bone-chilling cold are treated to snapshots and selfies in a winter wonderland.

“It’s outstanding. As cold as it gets, it’s a year-round attraction,” Paul Tabaczynski said during a visit to see the spectacle on Tuesday. A Buffalo native, he lives in Dallas now but remembered to dress in layers — flannel over a T-shirt and a lined sweatshirt that passes for his winter jacket in Texas.

Although everything around them freezes, the three waterfalls that make up the natural attraction between the United States and Canada continue to flow and churn up the frosty mist. The westerly wind usually blows it toward the U.S. side, National Weather Service meteorologist Steven Welch said, where the moisture wraps every inch of the landscape in white. 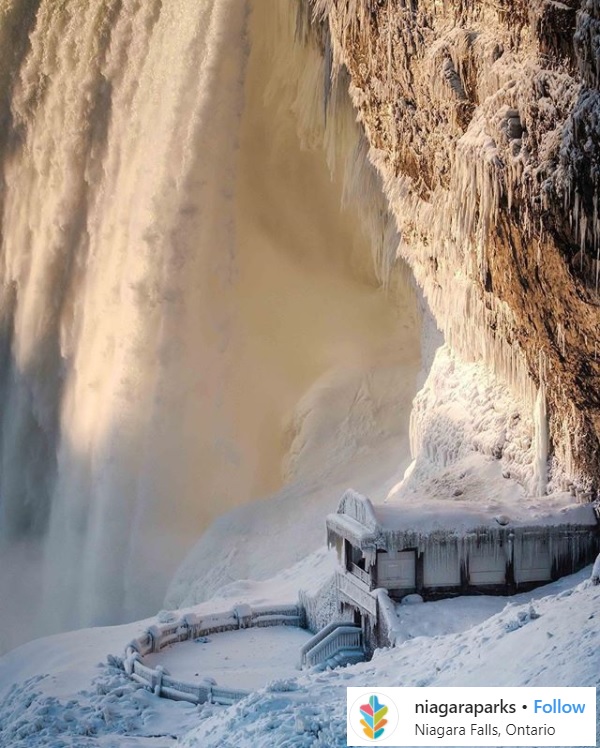 “I can’t feel my feet!” 12-year-old Keila Cruz told her father, Jonathan, as she and a dozen other family members thawed out inside the Niagara Falls State Park visitor center during a trip from Deltona, Florida.

From north to south, cold weather is affecting much of the United States. Niagara Falls is covered in snow, parts of Texas near Houston battle dangerous icy roads, and Hollywood, Florida deals with strong winds and colder-than-usual temperatures. (Jan. 2)

“We haven’t even gone out yet,” Jonathan Cruz said. The family had only come from the parking lot about 200 yards away, but with temperatures in the teens and wind gusting over 40 miles per hour, the group needed a warming break before venturing to the water’s edge.

“We’re trying to get our feet warm because we’re frozen,” Jonathan Cruz said.

With a deep freeze stretching from south Texas to Canada and from Montana through New England, the surreal scenes have played out across a wide swath of the U.S.

Chunks of ice floated down the Mississippi River and Lake Michigan made “ice balls” with its rolling waves. As of Monday, ice cover on the Great Lakes was at 19.7 percent, according to the National Oceanic and Atmospheric Administration.

Forecasters warned of hazardous travel from the southeast to New England through Friday, with the worst expected from the Carolinas to Maine. The bitter cold will linger into the weekend.

Tim Partin of Williamsburg, Kentucky, was in Niagara Falls on business when he decided to take in the scenery.

“It really is pretty,” Partin said.