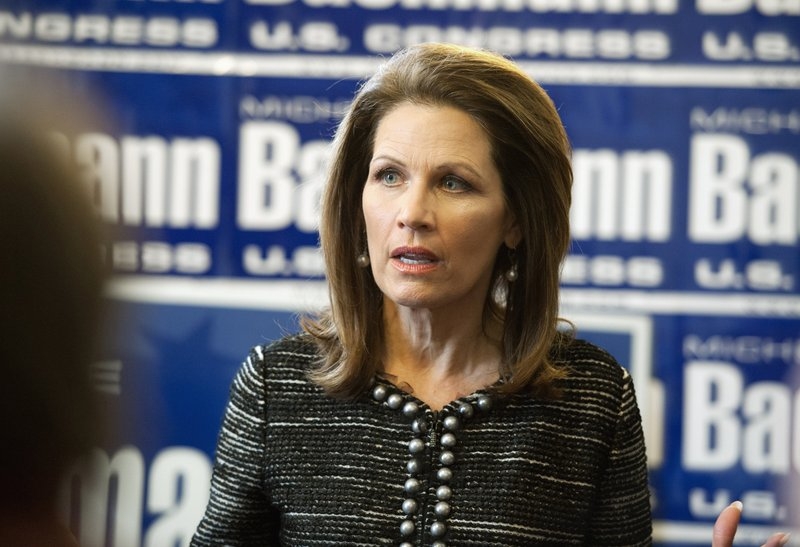 Bachmann recently told televangelist Jim Bakker that she has been praying about the decision since Franken announced plans last month to leave the Senate amid sexual misconduct allegations. Franken, a Democrat, officially resigned on Tuesday.

“I’ve had people contact me and urge me to run for that Senate seat,” Bachmann said during Bakker’s TV show on Dec. 27. “Am I being called to this now? I don’t know.”

Minnesota’s governor chose Democratic Lt. Gov. Tina Smith to immediately replace Franken in the Senate. She’ll be sworn in Wednesday. Smith also plans to run for the seat in a November special election.

Bachmann was known for making controversial remarks and missteps during her four terms in Congress representing Minnesota’s most conservative district.

She falsely claimed in 2011 that HPV vaccines might cause mental retardation. In 2012, she and a group of fellow Republican lawmakers suggested the federal government was being penetrated by the Muslim Brotherhood and specifically referenced then-Secretary of State Hillary Clinton’s top aide, Huma Abedin.

Bachmann’s unsuccessful 2012 presidential bid petered out after a sixth-place finish in the early Iowa caucuses. She decided against running for re-election in 2014, after nearly being defeated by a Democratic challenger two years earlier.

Franken, a former “Saturday Night Live” comedian, first won his Senate seat in 2009. But support from many of his fellow Senate Democrats collapsed following the sexual misconduct allegations. Franken disputed or denied many of the accounts.