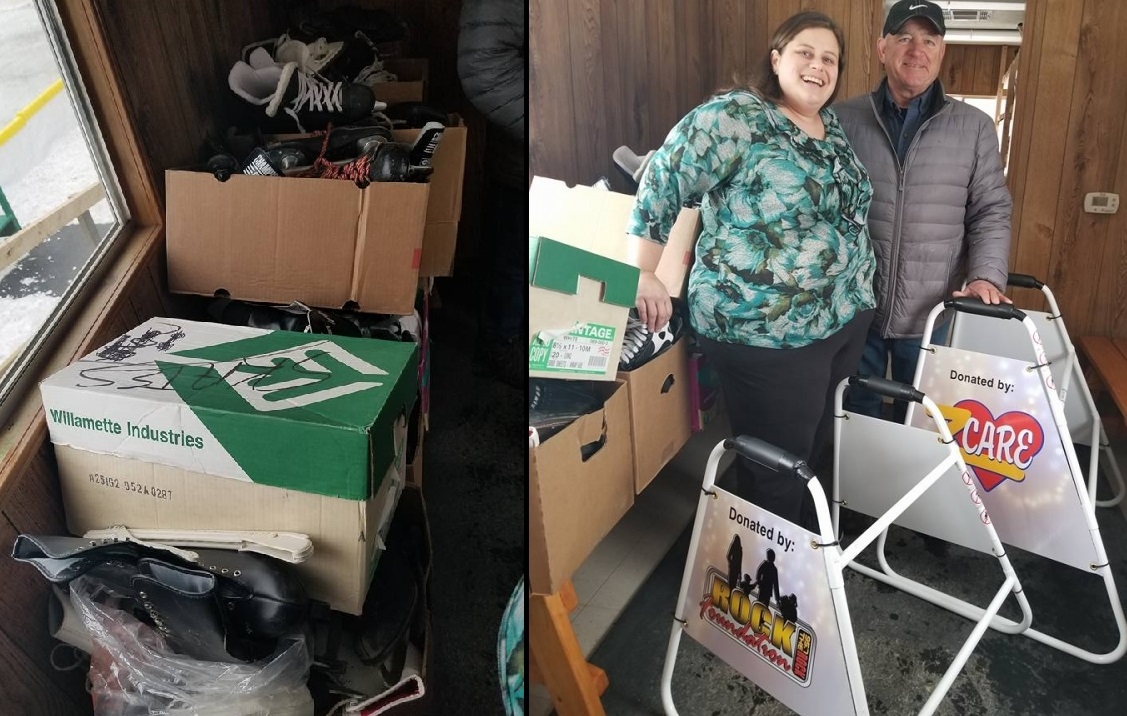 The skating rink at La Crosse’s Rotary Lights is getting gifts from listeners of Mid-West Family Broadcasting’s radio stations.

Listeners came through donating dozens of used ice skates for those looking forward to getting onto the Rotary Lights rink at Riverside Park.

But it’s not just regular skates. There are also, what 95.7 The Rock’s Jean Taylor calls “ice walkers,” for those skaters with disabilities.

“Our listeners were kind enough to bring in a bunch,” Taylor said. “We took three or four tubs full of ice skates of varying sizes down and gave them to the rotary, along with the walkers.”

Taylor said they have one ice walker for adults and another for kids. The ice walkers can be costly to buy but “apparently the gentleman who runs the skating rink at Poage (Park), has made them in the past,” Taylor said. “But, he says his are scratched up because they’re plastic, PVC and they don’t fold up, so they’re hard to store.”

This is the second winter for the ice rink at the north end of Riverside Park.