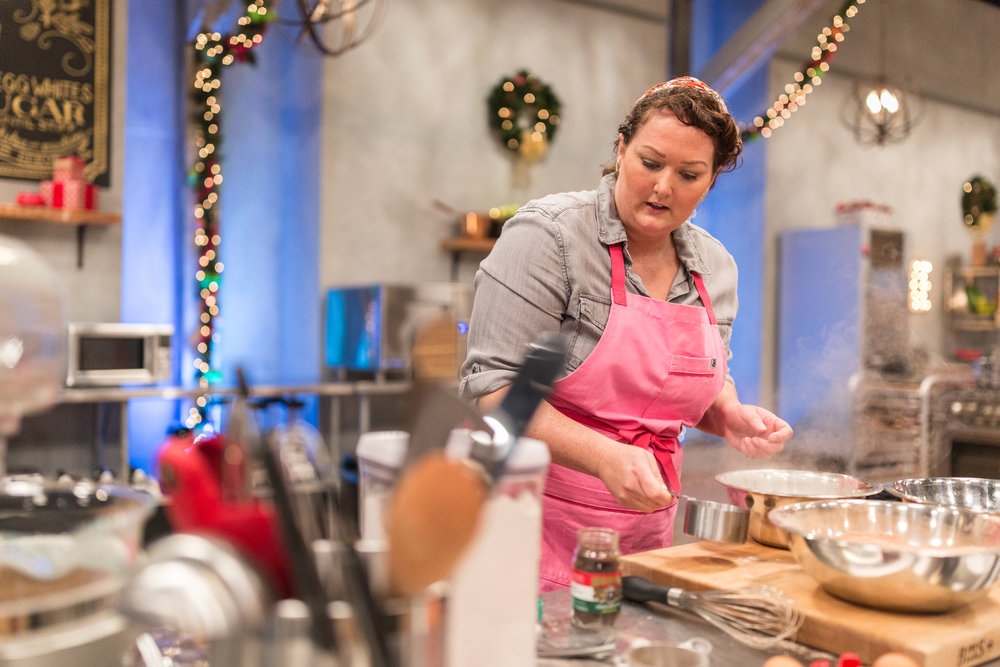 She owns a little bakery in Stoddard, Wis., living out her dream right now on the Food Network.

Jen Barney’s Meringue Bakery keeps getting busier, as she heads into the final episode of the Food Network’s Holiday Baking Championship tonight with a $50,000 prize.

She already knows how it turns out, of course, but she’ll watch all the same with her entire town.

“In my hometown, from Stanley, Wisconsin, we have a one-screen movie theater on our main street,” Barney said. “And, they rented out the whole movie theater. They put an ad in the paper and they invited the whole town.”

Heading into tonight’s finale, which airs at 8 p.m., Barney described on her Meringue Bakery blog, her thoughts.

“The night before the finale I stayed up and studied holiday images until midnight,” she wrote. “I tried to take any Christmas movie, saying, pop culture reference and visualize how I would turn each idea into a holiday dessert. I had no clue what the producers were going to throw at us but I wanted to be prepared.”

Barney said the show has been the experience of a lifetime.

“My mom and dad are so proud of me,” she said. “I’ve never seen them more proud in my entire life.

Barney calls herself an underdog and being on the show has been an amazing experience.

“It’s so much fun,” she said. “Before I started, before the show started, I was really nervous. I didn’t know what to expect. But people are so nice to me.”

Since the show first aired this fall, Barney has had to hire a full-time baker, as her cake making business has exploded.