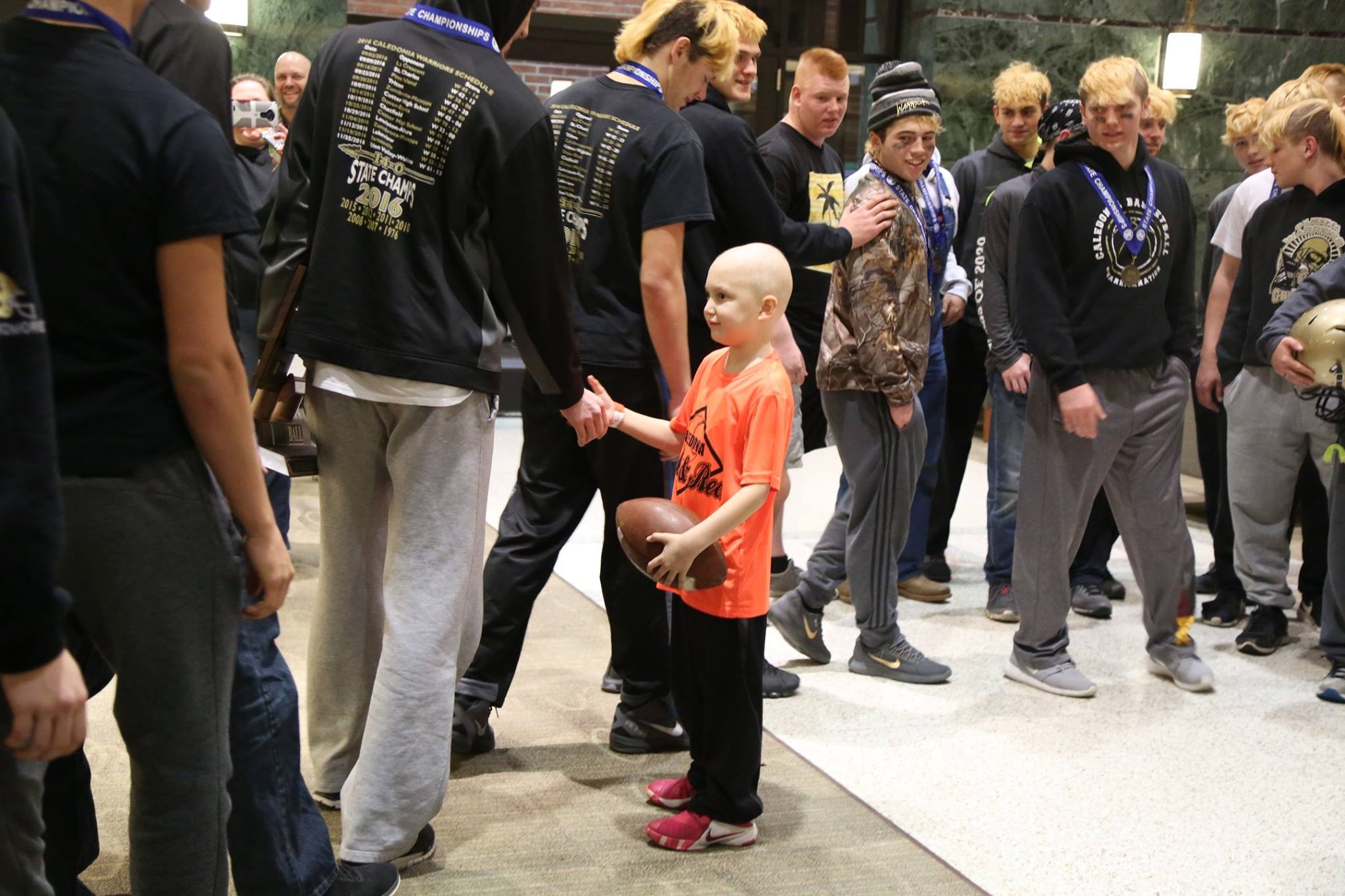 The team stopped at Mayo to visit 7-year-old
Josiah Schroeder, who is battling leukemia

ROCHESTER, Minn. — Forty-one consecutive wins and three state championships were all put into perspective on the bus ride home for the Caledonia High School football team.

After winning the Class 2A championship 57-6 at U.S. Bank Stadium on Friday, the Warriors pulled into the Rochester Mayo Clinic Hospital–Saint Marys for a surprise visit to a classmate — albeit a young classmate.

“He’s a pretty reserved young man anyway,” Caledonia coach Carl Fruechte said. “To see that excitement was pretty cool. You could see he was in awe and just happy that all these young men cared about him.

“The level of toughness that he’s going through and persevering is just off the charts.”

On Sept. 12, Josiah turned 7. That was also the day he was told he had leukemia. The visit from the football team came just over a month into his treatment. The visit came about because assistant coach Brent Schroeder is a distant cousin of Josiah’s father, Kyle.

“Brent made the call after the championship game and asked the seniors and they didn’t hesitate,” Fruechte said. “They were like, ‘You bet!’ We just stopped in and that was a fabulous experience.”

And, while the meeting between Josiah and the team is quite unique, the connection the Warriors have with the younger students is not.

“They are the role models and they are looked up to,” Fruechte said. “The kids come to them and talk to them during the week. We encourage the boys to come to our practices and just hang out and be part of the family.”

At a game earlier this season, the Warriors gave all their proceeds to the Schroeder family.