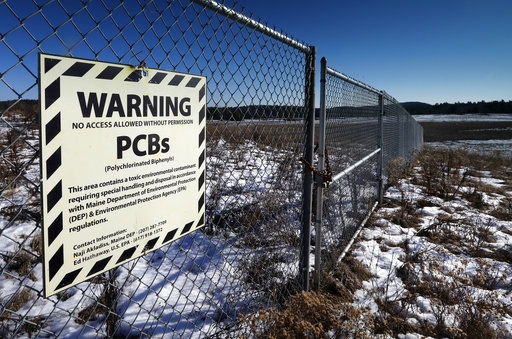 MADISON, Wis. — Local governments are looking to enact their own mining regulations as Gov. Scott Walker prepares to lift Wisconsin’s nearly 20-year ban on gold and silver mining, saying they want to protect the environment and make sure taxpayers don’t have to clean up any potential damage.

Walker voted for the mining moratorium when he was in the state Assembly in 1998 but is expected to sign a new Republican-backed bill that would lift the prohibition and relax other mining regulations.

The measure comes as Aquila Resources Inc. is considering mining ore deposits in Taylor and Marathon counties. The company has been eyeing the deposits since 2011 but hasn’t filed any formal permit applications. It didn’t respond to messages seeking comment.

The Menominee Nation and the environmental law firm Earthjustice are suing to block a proposed Aquila zinc and gold mine in Michigan’s Upper Peninsula, but in Wisconsin, no organized opposition has coalesced yet around the state’s potential sites. Still, environmentalists and local government officials anticipate that lifting the moratorium could spur Aquila into action. In the absence of a state moratorium, counties like Marathon have begun considering drafting their own mining ordinances.

“I’m not opposed to mining as long as it can be done environmentally safe, that the resource isn’t just wasted and all the infrastructure of the municipality is protected,” Marathon County Board Chairman Kurt Gibbs said. “(But) it could be (disastrous) if not done correctly and remediation is not done correctly.”

Gold, copper, zinc, nickel and other metals are typically found in sulfide rock deposits. Getting them out can produce sulfuric acid that can find its way into waterways and pollute them.

Republicans have pushed to re-start mining in northern Wisconsin in recent years, saying it would boost the region’s economy.

The bill awaiting Walker’s signature would end the 1998 requirements. It also would eliminate state mandates that applicants establish a perpetual fund to cover environmental damage, instead requiring applicants to maintain financial responsibility for 40 years after the mine closes and maintain the mine’s water management systems for 250 additional years.

The bill wouldn’t prevent municipalities from enacting their own mining ordinance, though. Republican Sen. Jerry Petrowski of Marathon, whose district includes the potential Marathon County mine site, amended the measure to ensure that it wouldn’t take effect until six months after Walker signs it to give locals time to draft ordinances.

In the meantime, Petrowski has asked the Wisconsin Counties Association and Wisconsin Towns Association to put together a model ordinance that local officials across the state could use.

“These types of mining operations can provide financial benefits for a community, but also carry inherent risks that must be considered,” Petrowski said in a letter to the associations. “By having an ordinance in place, local officials can best position themselves to ensure that local concerns and needs are addressed.”

Counties association lobbyist Dan Bahr said the organization is consulting with its attorney and members on language that would satisfy all counties. Mike Koles, executive director of the towns association, didn’t immediately reply to a message seeking comment.

Taylor County has had an ordinance in place since 2013. It holds mining applicants responsible for all environmental damage, reclamation efforts and damage to roads and requires them to compensate landowners if the mine drives down their property values. County officials plan to revisit the ordinance in the wake of the GOP bill passing to make sure it’s up to date.

The Marathon County Board’s executive committee directed the county’s conservation department last week to start gathering information to draft one. Gibbs, the county board chairman, said the Taylor County language could be a model. He said he wants to make sure mining companies, not county taxpayers, pay for any environmental damage and cleanup work.

No one from Aquila replied to an email left in the company’s general inbox seeking comment. Aquila spokeswoman Chante Lessard didn’t reply to a phone message left at her office.

The bill’s chief author, Sen. Tom Tiffany of Hazelhurst, said he’s not opposed to the locals making their own rules. He said he didn’t include any language in the bill pre-empting their ability because they should be free to try to get the best deal they can.

“You have to get that social license in order to mine,” Tiffany said. “It’s the price of doing business these days for a mining company.”