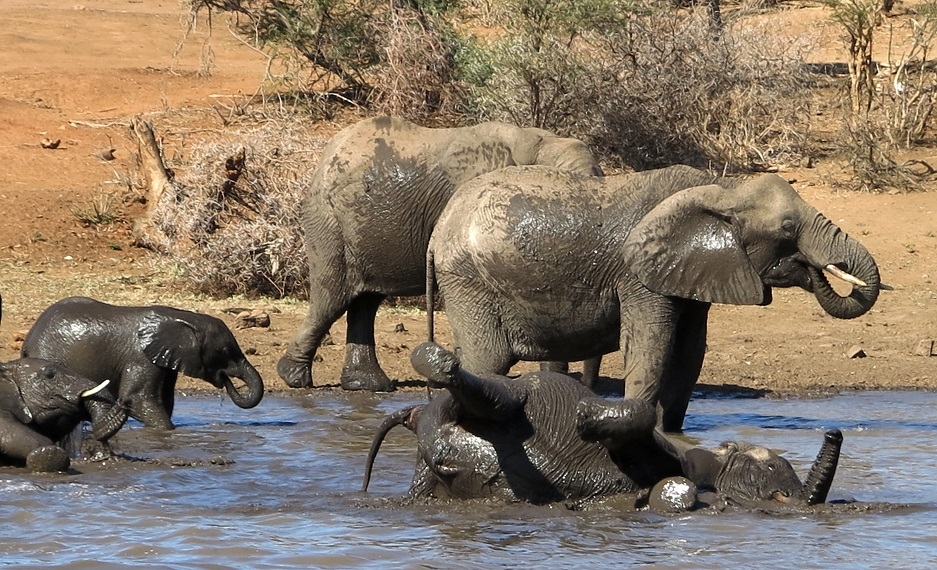 WASHINGTON  — The Trump administration said it will allow the importation of body parts from African elephants shot for sport, contending that encouraging wealthy big-game hunters to kill them will aid the vulnerable species.

The U.S. Fish and Wildlife Service said in a written notice issued Thursday that permitting elephants from Zimbabwe and Zambia to be brought back as trophies will raise money for conservation programs. A licensed two-week African elephant hunt can cost more than $50,000 per person, not including airfare, according to advertised rates.

The memo essentially says killing elephants will save them, which has been debunked by multiple animal rights activists and environmental groups. Wayne Pacelle, the president and CEO of The Humane Society of the United States, said the policy change sends the wrong signal amid international efforts to curb illegal poaching.

“What kind of message does it send to say to the world that poor Africans who are struggling to survive cannot kill elephants in order to use or sell their parts to make a living, but that it’s just fine for rich Americans to slay the beasts for their tusks to keep as trophies?” Pacelle asked.

The world’s largest land mammal, the African elephant has been classified as threatened under the U.S. Endangered Species Act since 1979.

According to the United Nations, as many as 100,000 African elephants were killed between 2010 and 2012. For forest elephants, the population declined by an estimated 62 percent between 2002 and 2011.

The change marks a shift in efforts to stop the importation of elephant tusks and hides, overriding a 2014 ban imposed by the Obama administration. The new policy applies to the remains of African elephants killed between January 2016 and December 2018.

The Ellen DeGeneres show pushed back against the decision and vowed to donate, for each retweet, to the David Sheldrick Wildlife Trust (DSWT).

Please retweet & use #BeKindToElephants, and for everyone who does, we’ll make a donation to The David Sheldrick Wildlife Trust. @DSWT pic.twitter.com/Fckx9iblci

According to the Great Elephant Census: A decline of 30 percent in African savanna elephant populations in 15 of the 18 countries surveyed

An online petition to Secretary Zinke to disallow trophy hunters to kill Zimbabwe’s elephants can be signed here.

The move was quickly praised by groups that champion big-game trophy hunting, including Safari Club International and the lobbying arm of the National Rifle Association. The two groups had sued to challenge the ban in court.

Chris Cox, executive director of the National Rifle Association’s Institute for Legislative Action, called the action “a significant step forward in having hunting receive the recognition it deserves as a tool of sound wildlife management, which had been all but buried in the previous administration.”

“By lifting the import ban on elephant trophies in Zimbabwe and Zambia the Trump administration underscored, once again, the importance of sound scientific wildlife management and regulated hunting to the survival and enhancement of game species in this country and worldwide,” Cox said.

President Donald Trump’s two adult sons are avid trophy hunters. A photo of Donald Trump Jr. holding a knife and the bloody severed tail of an elephant he reportedly killed in Zimbabwe in 2011 has sparked outrage among animal rights activists.

this is a photo of Trump Jr holding the severed tail of an African elephant. He kills them for fun. The tail is the trophy pic.twitter.com/kUhr06XCzJ

White House spokeswoman Sarah Huckabee Sanders on Thursday referred questions about the policy change to the Fish and Wildlife Service, saying no announcement had yet been “finalized.” The agency said the formal announcement of the policy will be published in the Federal Register on Friday.

Interior Secretary Ryan Zinke, who oversees the Fish and Wildlife Service, recently installed the arcade game “Big Buck Hunter Pro” in the employee cafeteria at the agency’s Washington headquarters, a move he said would promote wildlife and habitat conservation. In June, the department removed longstanding protections for grizzly bears near Yellowstone National Park, a step to potentially allow them to be hunted.

The U.S. decision comes as the longtime president of Zimbabwe was placed under house arrest this week by the nation’s military, plunging the west African nation into political uncertainty. The U.S. embassy there has advised Americans there to “limit unnecessary movements.”

Tanya Sanerib, a lawyer with the advocacy group Center for Biological Diversity, called the timing of the Trump administration’s announcement “bizarre.”

“Corruption was already a huge concern in Zimbabwe, and it’s shocking that Zinke is lifting the trophy ban during a military coup,” she said. “With tanks in the streets, whoever is actually running the Zimbabwe government just can’t be trusted to protect elephants from slaughter by poachers.”