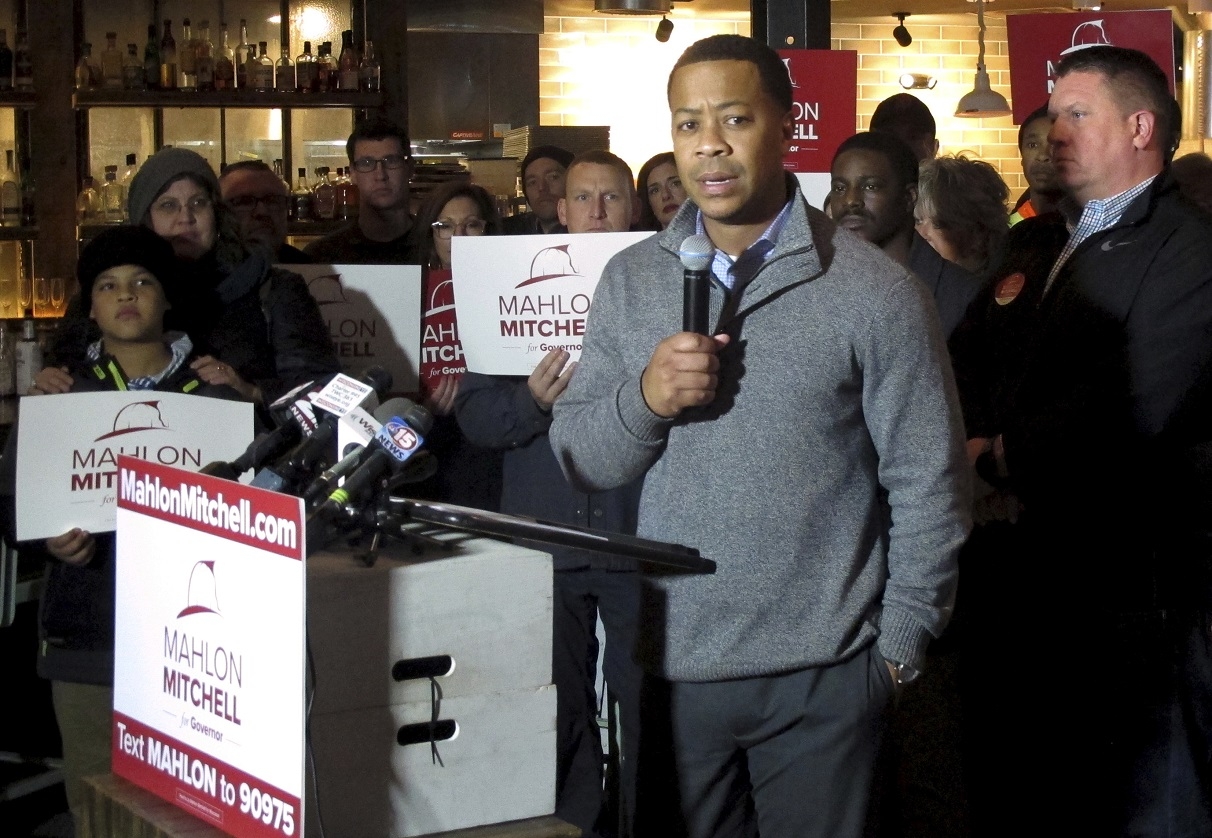 MADISON, Wis. — The Democratic head of the state firefighters union launched his candidacy Monday to take on Republican Gov. Scott Walker, looking to avenge a defeat in the 2012 recall while also attempting to become Wisconsin’s first African American governor.

Mahlon Mitchell, a Madison firefighter who lives in the suburb of Fitchburg, said he was running because “after eight years of Scott Walker, it’s time for change.”

“I look at Madison, and see Governor Walker who now wants to be in office for 12 years!? Over a decade?!” Mitchell tweeted on Monday. “He spent last year running for president: Wisconsin was Walker’s Plan B. He’s already had eight years in office, and he’s failed us, the people of Wisconsin!”

Walker’s campaign spokesman Nathan Craft responded by not addressing Mitchell directly, but instead saying Walker is seeking a third term because “there’s more to be done.”

Mitchell, like Walker, grew up in Delavan. But at 40, he is a decade younger than Walker who turned 50 earlier this month.

Mitchell was outspoken against Walker’s proposal in 2011 that effectively ended collective bargaining for most public workers. It did not apply to police and firefighters, but as head of the Professional Fire Fighters of Wisconsin Mitchell led marches in opposition and then ran for lieutenant governor in the 2012 recall.

The Republican Party circulated video of Mitchell speaking at a liberal rally in 2011 where he said fire fighters felt compelled to join opposition to Walker’s anti-union law even though it didn’t apply to them. Mitchell said he didn’t want firefighters to be like those Germans who didn’t “stand up and fight” against the rise of the Nazi regime.

“Mitchell went to extreme lengths to protect big government special interests during the recall,” Wisconsin Republican Party spokesman Alec Zimmerman said. “After being rejected by voters before, Mitchell is doubling down on the failed policies of yesterday.”

Mitchell lost the 2012 recall to Lt. Gov. Rebecca Kleefisch. But he got nearly 1.2 million votes, more than any other Democratic candidate who is running for governor has received in any single election.

State Superintendent Tony Evers is the only Democratic gubernatorial candidate who has won statewide election, but the most votes he ever received was just short of 500,000 in his April victory for a third term.

The Democratic primary is Aug. 14 and the election is Nov. 6.

Also on Monday, U.S. Rep. Gwen Moore, of Milwaukee, endorsed Mitchell, becoming the first sitting member of Congress to back any of the Democratic candidates for governor.

Mitchell’s campaign is being run by Robert Dempsey, who was the statewide director for Vermont Sen. Bernie Sanders’ presidential effort in the state in 2016. Sanders won Wisconsin with 56 percent of the vote.