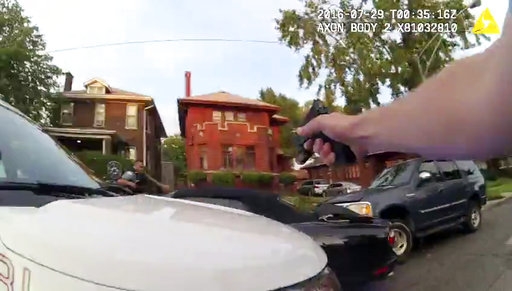 MADISON, Wis. — A Republican-backed proposal limiting the public’s access to footage from police body cameras cleared the Wisconsin Assembly on Thursday, despite objections from open records advocates and Democrats who say it will quash the public’s ability to view certain video.

The bill has the support of law enforcement agencies across the state. Supporters say the goal is to institute guidelines and privacy protections for members of the public unwittingly captured on police cameras. But Democrats argued Thursday that the measure could be improved to ensure the public has access to footage without infringing on people’s privacy rights.

Under the proposal, all footage from a police body camera would be exempt from Wisconsin’s open records law except for video involving injuries, deaths, arrests and searches. But if footage was taken in a place where someone has a reasonable expectation of privacy, such as their home, police would have to obtain permission from any victims, witnesses and property owners before it could be released to the public.

Bill sponsor Rep. Jesse Kremer, R-Kewaskum, said he predicted because the bill puts privacy guidelines in place it will result in more law enforcement agencies equipping officers with cameras. He said that would lead to more footage being available to the public rather than less.

But opponents argued the consent notices for footage taken in places where privacy is expected were too onerous to result in video being released.

“This bill does nothing but further the divide between the police and the communities they’re meant to protect,” said Democratic Rep. JoCasta Zamarripa, of Milwaukee. Democratic state Rep. Chris Taylor, of Madison, called the bill a “missed opportunity” to enact standards that work.

“The whole point of these body cameras is undercut by this stupid bill,” said Bill Lueders, president of the Wisconsin Freedom of Information Council, which represents newspapers, broadcasters and other media outlets. “This bill is poorly worded and will result in the denial of access to records that even the police would like to release.”

Body camera footage should be treated like dashcam video, police reports and other records that are presumed to be open unless the agency determines that the harm in releasing it outweighs the public interest in seeing it, Lueders said.

The Wisconsin Broadcasters Association and Wisconsin Newspapers Association are working on amendments to the bill to increase public access to the body cam footage. Those changes weren’t before the Assembly on Thursday but could be taken up by the Senate, if it debates the bill next year.

Kremer, the bill’s sponsor, said Thursday he would be open to making improvements to the bill later if necessary and anticipated the Legislature would be returning to the issue in the coming years. If the Senate changes anything to the current bill, the Assembly would have to vote on it again next year.

The Assembly passed the bill on a voice vote.

Thirty other states have laws related to police body cameras. Of those, 18 address how data captured on the cameras are handled under open records laws, according to the National Conference of State Legislatures.

There’s been a push nationally in the wake of shootings involving police to require more officers to wear body cameras to help determine what happens in those cases. The footage can end speculation about an officer’s actions, stoking or quelling public outrage in high-profile, racially charged shootings.

Wisconsin’s proposal does not require police departments to use body cameras. But its backers say establishing the privacy guidelines will lead to more agencies feeling comfortable equipping officers with cameras.