DOJ to clear sexual assault testing backlog by end of 2018 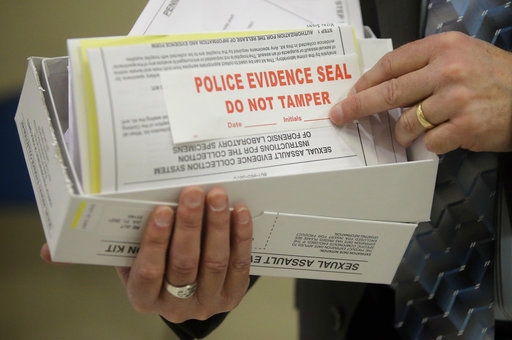 MADISON, Wis. — A backlog of hundreds of untested sexual assault evidence test kits could be eliminated by the end of 2018, the Wisconsin Department of Justice said Thursday as it announced another $2 million in federal grant funding.

The DOJ became aware of the sexual assault evidence accumulating at law enforcement agencies and hospitals in 2014.

The agency said work is complete on 436 of the 4,069 inventoried kits that were designated for testing. Another 1,626 kits are being processed or waiting to be tested at the outside lab used by the DOJ.

Of the $2 million in new funding, about $264,000 will actually be used to test backlogged kits. The grant money will also be used for specialized training of law enforcement officers, prosecutors, sexual assault nurse examiners, and victim advocates who deal with sexual assault victims.

The training includes common trauma reactions by victims, forensic science and its role in investigations and prosecutions and victim notification procedures.

The DOJ will also set up a tracking system that will follow sexual assault kits from the point of manufacture, to hospitals, law enforcement, and through submission to the State Crime Lab.

The department has received more than $5 million from the U.S. Bureau of Justice Assistance since 2015, in addition to a $2 million grant by the New York County District Attorney in 2015, according to DOJ spokeswoman Rebecca Ballweg.