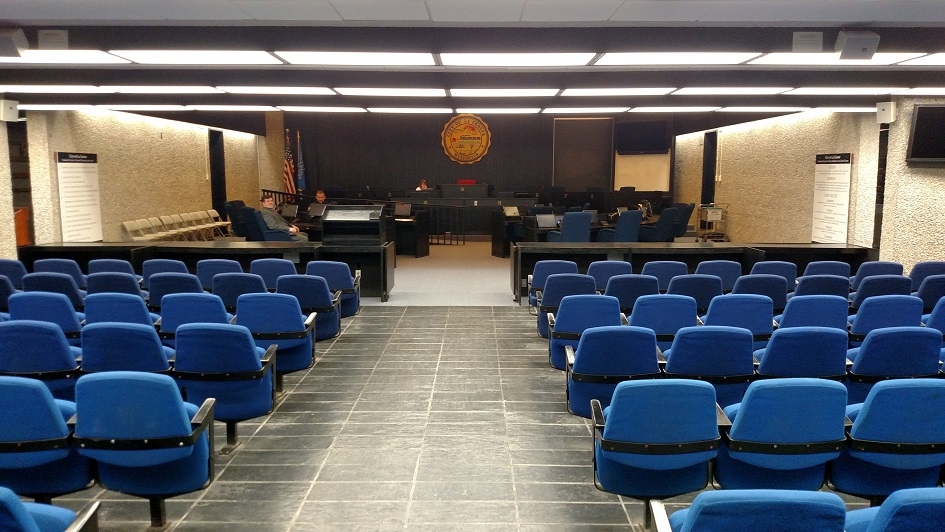 Committee narrowly voted to pass resolution down the line

Martin Gaul argued the city council should not vote on a resolution that, among other things, admits climate change exists.

He said he doesn’t want the external politics of the issue to negatively affect how council members get along. At least, not for an issue like this.

“It’s my goal as council president to maintain the decorum in this chamber,” Gaul said. “And, one of the ways to do that is to keep political issues, regardless as to what side of the spectrum they come from, off of this floor if we can do so.”

A council committee was to vote on a resolution urging Congress to adopt a carbon tax to fight climate change.

“However you feel about the particular resolution that’s in front of us,” Gaul told the committee, “there are opposite opinions on this and this is not something within our direct control.

“It is certainly something that influences us and has an affect on us, but it is not within our direct control.”

The committee voted narrowly to shuffle the climate change initiative off to a joint city-county commission, effectively preventing the city from having to officially take a stand on climate change.

“Everybody has their own political leanings but we are here to do the business of the city,” Gaul said, “and I think it’s important we do not set a precedent of dealing with this type of an issue, whereas I might be able to say ‘Yeah, I’m supportive of this and I might like to deal with this’

“The next issue might not be quite that easy.”