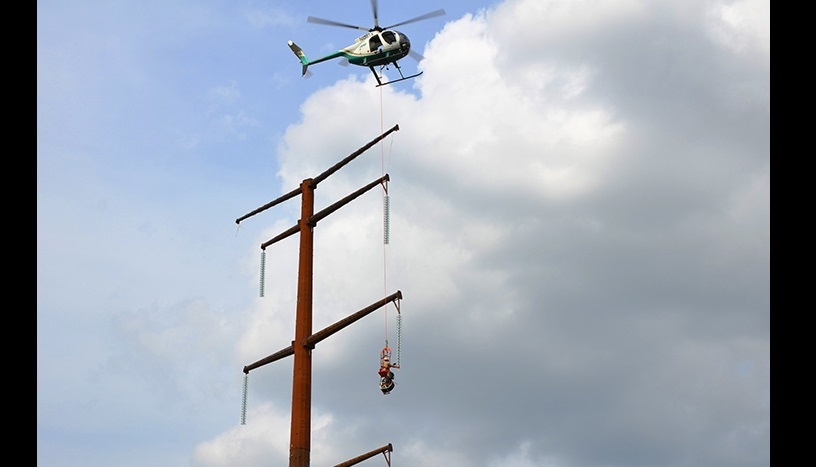 For years, environmental groups and ordinary citizens have spoken out against the huge power line project called CapX, which includes wires and towers in the La Crosse area.

Those concerns, however, did not stop the 800-mile, $2-billion line, which was finally completed recently after 13 years of work.

One complaint was that the CapX line would perpetuate burning coal for energy but project spokesman Tim Carlsgaard said the line is more likely to transmit wind energy.

“There has not been a coal plant built in decades,” Carlsgaard said.

“There’s a number of them that have been closing,” he added, noting Xcel Energy, Dairyland Power and Rochester Public Utilites have all closed coal plants.

Carlsgaard said that despite environmentalists’ complaints, the CapX line will be useful in the future for carrying wind-generated electricity. He argued that the wind turbines could not be built until there was a line for transmitting the power.

“Those wind projects dont happen unless you build transmission,” he said.

Carlsgaard counts about 20 different wind projects in development wanting to use the CapX system and the Badger Coulee line being built from La Crosse to Madison.

The section of the CapX line serving La Crosse was finished last year, with the eastern end in the Holmen area. The Badger-Coulee project in Wisconsin is aimed at extending CapX toward the Madison area.

“This line that runs to La Crosse, provided this bridge between the two states, between Minnesota and Wisconsin,” Carlsgaard said. “And that was an area where there was congestion, where there was a lack of transmission.”