A day in the Northern California fire zone 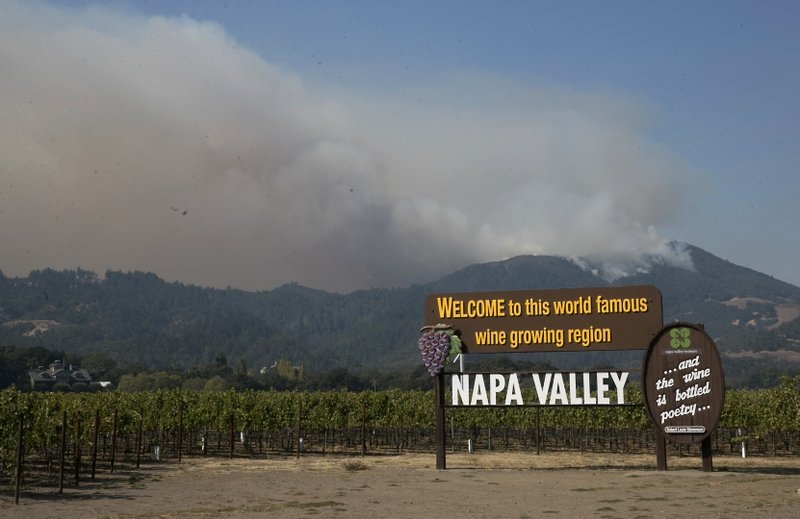 SONOMA, Calif. — Fire crews were briefed and headed out to do battle. Survivors returned to the charred remains of their homes, picking through debris for anything recognizable. And families clung to the hope that missing loved ones were still alive.

As the sun rose thick and orange Friday in Northern California, there was heartbreaking routine to the ongoing wildfires catastrophe.

Stories of some who lived through the inferno by standing in backyard swimming pools this week spread. In the town of Sonoma, evacuation orders began days ago, but a few residents still were trickling out. As they left, some opened their gates and tacked up handwritten signs: “POOL IN BACK,” just in case someone needed access.

Fire crews worked feverishly, setting back burns to save homes, dragging hoses, watching the wind for gusts or shifts. The air was thick with acrid smoke.

“It’s a balancing act between using water to put out some of this big stuff and to save your water in case that side goes,” said Kyle Hawkins, a firefighter who traveled from Southern California with his crew.

“Making people rest has been harder than making people work on this,” Buchmeier said. “It’s been a battle to try to get people off the line, including myself.”

King County, Washington, sent three strike teams, 50 firefighters in 16 vehicles, for what they planned to be an 18-day deployment.

“These guys are trained in wildland fires, and this is what they love to do,” Eastside Fire and Rescue Chief Jeff Clark said. His men were part of the team who were making the 800 mile trip.

They’re joining a force of thousands from as far as Victoria, Australia, who are fighting the flames.

At the decimated Journey’s End mobile home park in Santa Rosa, even shattering discoveries were becoming the norm.

Dozens of search-and-rescue personnel were on site, grimly searching for residents who didn’t make it out before fire swept through. A crew of men and women in white suits stood by to receive remains. Thompson said officials believed two or three more bodies would be recovered, but hours later when the convoy pulled out, led by three National Guard Humvees, officials declined to say whether any other remains had been found.

“My message to everyone in the North Coast and North Bay community, no matter their immigration status: stay safe, vigilant, and continue to follow all public safety warnings,” he said.

“The fire is getting closer,” manager Leo Ponce said, “so we’re shutting down for now.”

He said that most of the customers were emergency crews, who the shop is feeding for free.

But the occasional carload of tourists also stopped by, he said.