Men's volleyball, along with cheer and dance, coming to Viterbo 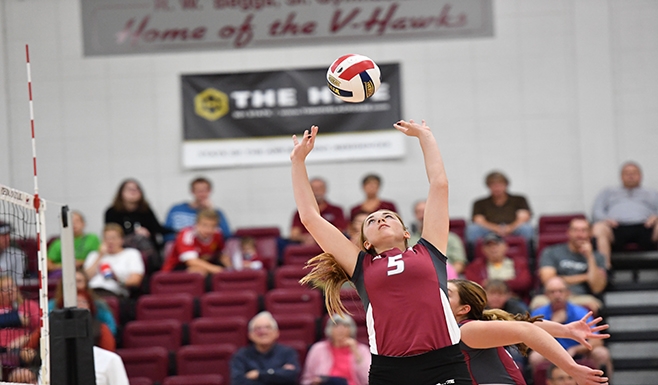 Since 2006, the V-Hawks have become a powerhouse and are currently ranked No. 1 in the NAIA with a 20-0 record.

So, the obvious next step would be to add men’s volleyball, of course. Beginning in the fall of 2018, that’s precisely what Viterbo will do, adding men’s volleyball along with cheer and dance teams.

“We’re going to kind of parlay the success of the women’s volleyball program that we’ve had to the men’s program,” Viterbo athletic director Barry Fried said. “Particular, in the other part of the state, Madison, Milwaukee, even the Chicago area, it’s really popular. We just think it’s a sport here that will be successful.”

Right now, the NAIA has 34 men’s volleyball teams all over the country — eight of those in Iowa, five more in Illinois and one in Milwaukee.

The NAIA would need 10 more teams for men’s volleyball to become a national championship sport.

Fried added that there is minimal aid they can give to students to entice them to play men’s volleyball.

As for dance, Fried would like to get the community involved in its development.

“We’re looking to build some collaborations in the community here with some of those studios,” he said.