Awarded check for helping kidnapped girl, farmer then handed it right to the girl 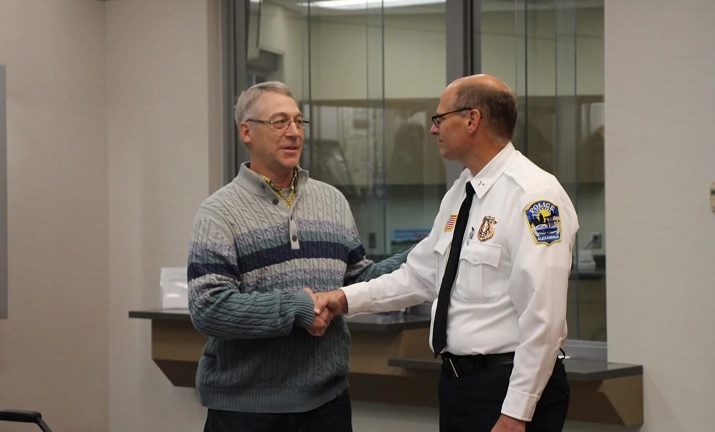 ALEXANDRIA, Minn. — Police in Minnesota held a ceremony to reward a man who helped rescue a teenage girl who had been kidnapped and held captive for nearly a month. But Earl Melchert had other ideas.

When Alexandria Police Chief Richard Wyffels handed Melchert a $7,000 check on Friday, the farmer turned and gave it to the girl, along with a big hug.

Wyffels says Melchert believes the girl is the real hero.

Prosecutors say the 15-year-old was held captive for 29 days last month. She was repeatedly raped and kept locked in a closet before she escaped and swam across a lake to safety. Melchert saw her running across a field, recognized her, and sheltered her in his truck until police arrived.

Three men have been charged with kidnapping and other counts.