‘Hatred in the eyes’: How racist rage animated Jan. 6 riots

Insurrection prompts year of change for US Capitol Police

Investigation of journalists by Customs unit is under review 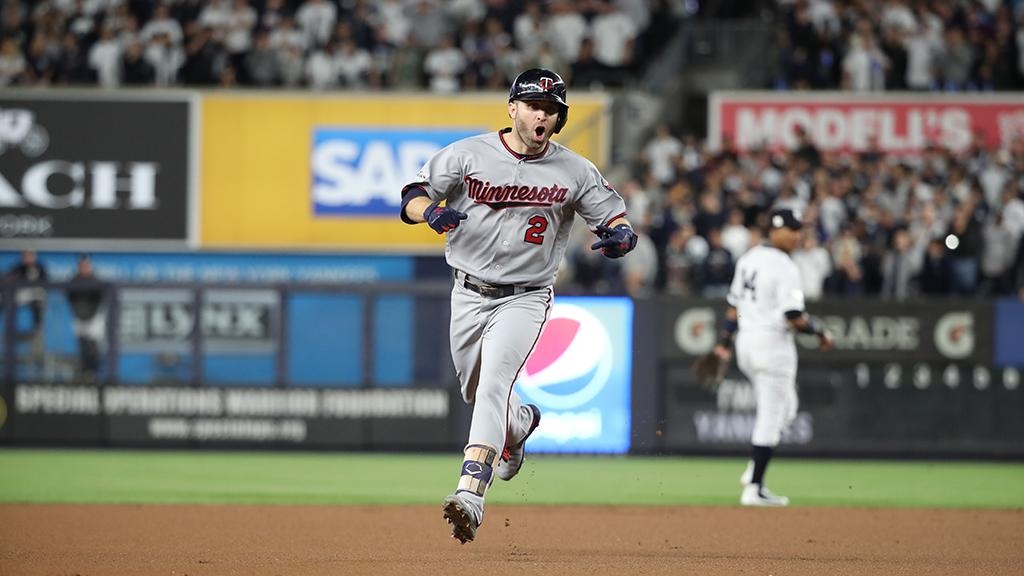 NEW YORK — Aaron Judge, Didi Gregorius and a brilliant bullpen rescued New York from a rugged start and lifted the Yankees to their first postseason win in five years.

Gregorius’ three-run homer tied the score after Minnesota knocked out Luis Severino in the first inning, a pumped-up Judge showed his most emotion this season when he hit a two-run shot in his postseason debut and the Yankees beat the Twins 8-4 Tuesday night in the AL wild-card game.

Brett Gardner also homered for the Yankees, who chased Ervin Santana after two innings and once again knocked the Twins out of the playoffs.

Brian Dozier led off the game with a home run and Eddie Rosario hit a two-run drive as the Twins burst to a quick lead and stunned the sellout crowd of 49,280 at Yankee Stadium.

But Santana was little better than Severino, going to full counts on eight of 11 batters. Gregorius erased the lead four batters into the bottom of the first, and Santana was removed after six outs and 64 pitches with the Twins trailing 4-3.

Minnesota, the first team to rebound from a 100-loss season and make the playoffs the following year, has been eliminated by the Yankees in five of its last six postseason appearances and has not won a playoff series since 2002.

Judge, the 6-foot-7 sensation who set a rookie record with 52 home runs, was given a Ruthian ovation, with several sections of fans holding signs in his honor spelling out “All Rise!” He scored three runs, singling to help ignite the first-inning rally, smoking a 108 mph home run off loser Jose Berrios in the fourth and walking in the seventh and coming home when Alan Busenitz walked Jacoby Ellsbury with the bases loaded.

New York had made just one postseason appearance since 2012, losing the 2015 wild-card game to Houston 3-0. Just three Yankees who started that game were in the starting lineup, part of a Baby Bombers movement that purged the roster of veterans.

At 23, Severino was the youngest Yankees postseason starter since Andy Pettitte in 1995. The right-hander lasted only 29 pitches on a crisp autumn night and matched the Yankees’ shortest postseason start, by Bob Turley in Game 2 of the 1958 World Series and Art Ditmar in the 1960 World Series opener. Dozier homered into the left-field seats on a 99 mph fastball and Rosario lined a slider just over the right-field short porch.

Severino was shaking his head as walked to the dugout and Green replaced him with runners at second and third. Green struck out Byron Buxton and Jason Castro, then fanned three in a row in the second.

Green gave up Jorge Polanco’s single and a pair of walks in the third. Robertson came in with the bases loaded and Buxton’s RBI grounder, then struck out Castro.

Robertson tired in the sixth but earned the win, leaving after 52 pitches and 3 1/3 innings — both career highs.

Kahnle relieved with a runner on and retired Joe Mauer on a flyout to the warning track. After Kahnle threw 2 1/3 innings, Chapman struck out three around a hit the ninth.

A pitcher named Santana — Johan Santana — beat the Yankees for the Twins’ last postseason win in 2004. But Ervin Santana contributed to a first inning that lasted 45 minutes and three innings that took 1:43, and his career postseason ERA climbed to 6.57.

Gardner walked leading off, Judge poked a bloop single to center and Gregorius lined a fastball over the right-field scoreboard. Brushed off the plate by a 2-2 pitch in the second, Gardner sent Santana’s next offering into the second deck in right for a 4-3 lead.

Green struck the side in the second, but left in the third after a leadoff single and two walks loaded the bases. Buxton hit into a run-scoring forceout before Robertson struck out Castro, and the Yankees went ahead for good in the bottom half when Gary Sanchez doubled off Berrios leading off and scored on Greg Bird’s two-out single.

After a moment of silence for victims of the Las Vegas shooting, Broadway star Aaron Tveit asked fans to join him in singing “The Star-Spangled Banner.” Players on both teams remained at attention on the field until the color guard reached the foul line. Yankees pitcher Chasen Shreve, a Las Vegas native, threw out the ceremonial first pitch.

When the Yankees last won a postseason game, Judge was at Fresno State. Bird had just finished a season with the Class A Staten Island Yankees, Sanchez with the Class A Tampa Yankees and Severino with the Dominican Summer League Yankees.

Zack Granite replaced Buxton in the fourth, two innings after the center fielder crashed into the wall robbing Todd Frazier of an extra-base hit.

Twins 3B-DH Miguel Sano was ruled out after practice Monday. “When he tried to take his swings, it was just too prohibitive as far as not being able to use his front leg as a bracing leg,” manager Paul Molitor said. “It was emotional for him because I know he wants to play.”

RHP Masahiro Tanana (13-12) is likely to start Thursday for the Yankees against the Indians and Trevor Bauer (17-9).