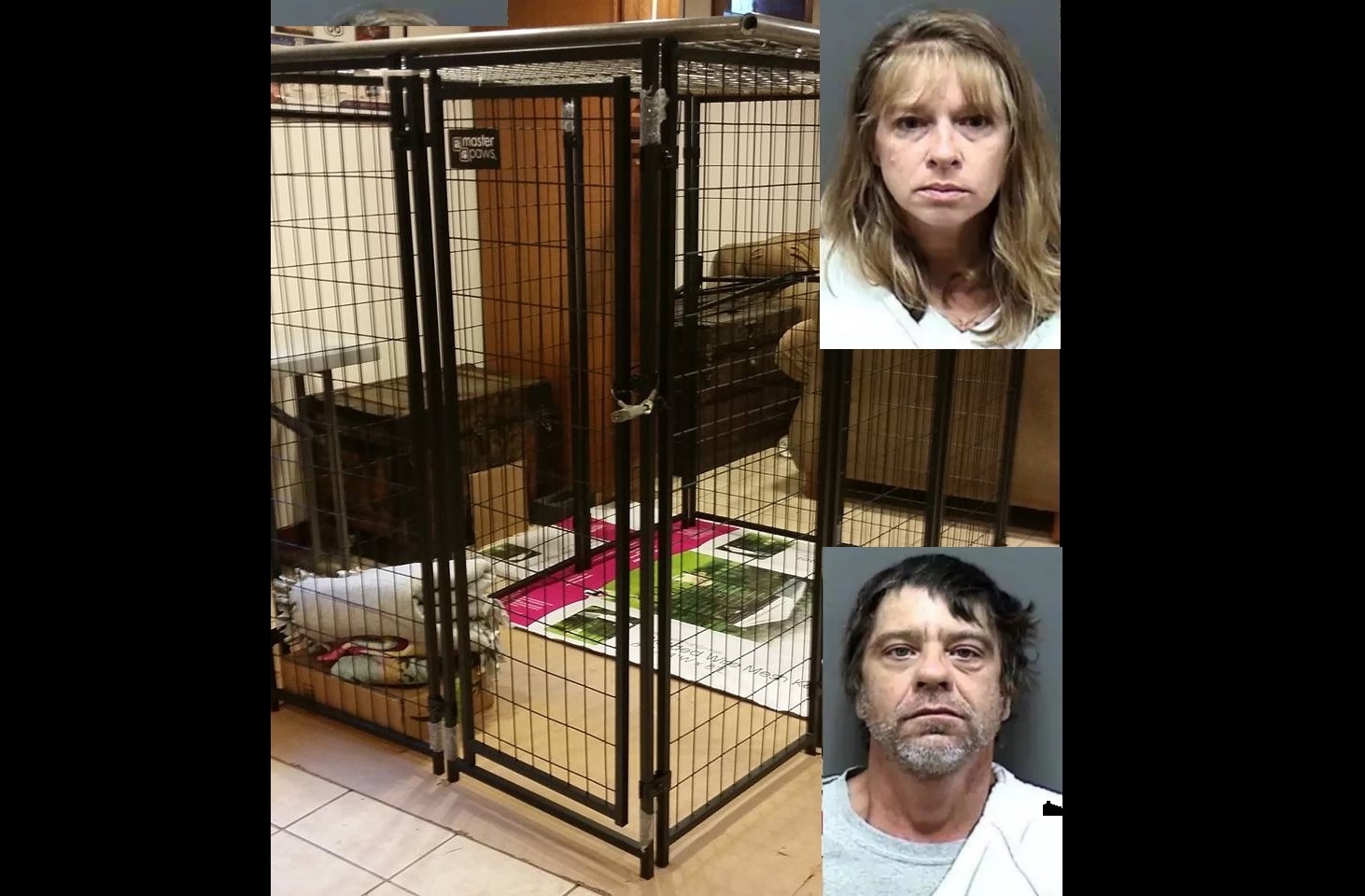 RACINE, Wis. — A Wisconsin woman and her boyfriend have pleaded not guilty to locking her 9-year-old granddaughter in a basement kennel.

Authorities say the girl was locked in a wire kennel every night and let out in the morning. The kennel, according to police, is 4-feet wide and 10-feet tall. Officers released a photo of where the girl was kept.

A criminal complaint says Lalonde told investigators she kept the girl in the cage at night because she’s a danger to herself and others. Lalonde says her granddaughter hurts animals, threatens to kill them and eats cleaning solutions.

The complaint says investigators also found a marijuana growing operation behind a false wall in the basement.

Lalond and Deavers are charged with causing mental harm to a child, false imprisonment, manufacturing marijuana and maintaining a drug trafficking place.