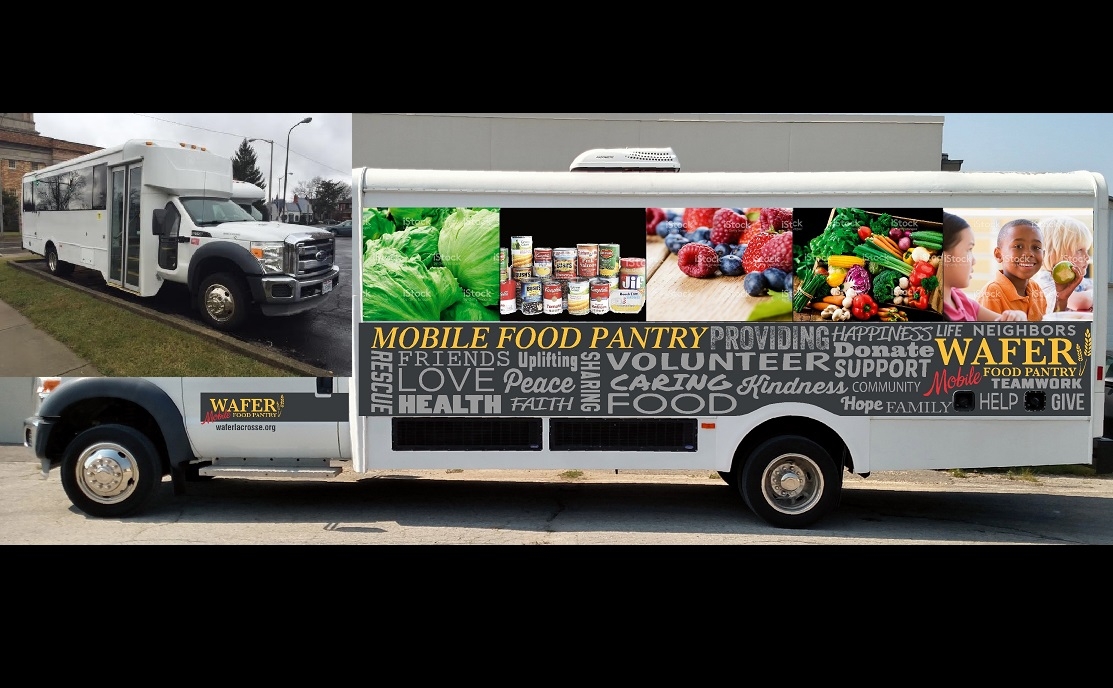 The WAFER Food Pantry in La Crosse is putting its new food delivery truck to the test.

The group used the new mobile office during a one-hour food drop off Wednesday at Good Shepard Church in La Crosse as part of a trial run. Two more dates are scheduled for next Tuesday in Bangor and Rockland.

The idea was introduced a few weeks ago by WAFER, as a way to help those living in rural areas of the county, who are unable to travel to the La Crosse pantry.

“(These are) just kind of trial runs,” she said. “The challenges is getting all the electrical components to work together.”

Waldhart says there is overwhelming excitement for the idea, including those in the community who have given donations to pay for the vehicle’s alteration into a pantry on wheels.

The group is hoping to raise $100,000 for the vehicle, which soon will receive an upgrade aesthetically with the WAFER logo on the side.

On the right side of the website (here) is where you can donate. It looks as though WAFER is nearly halfway there.