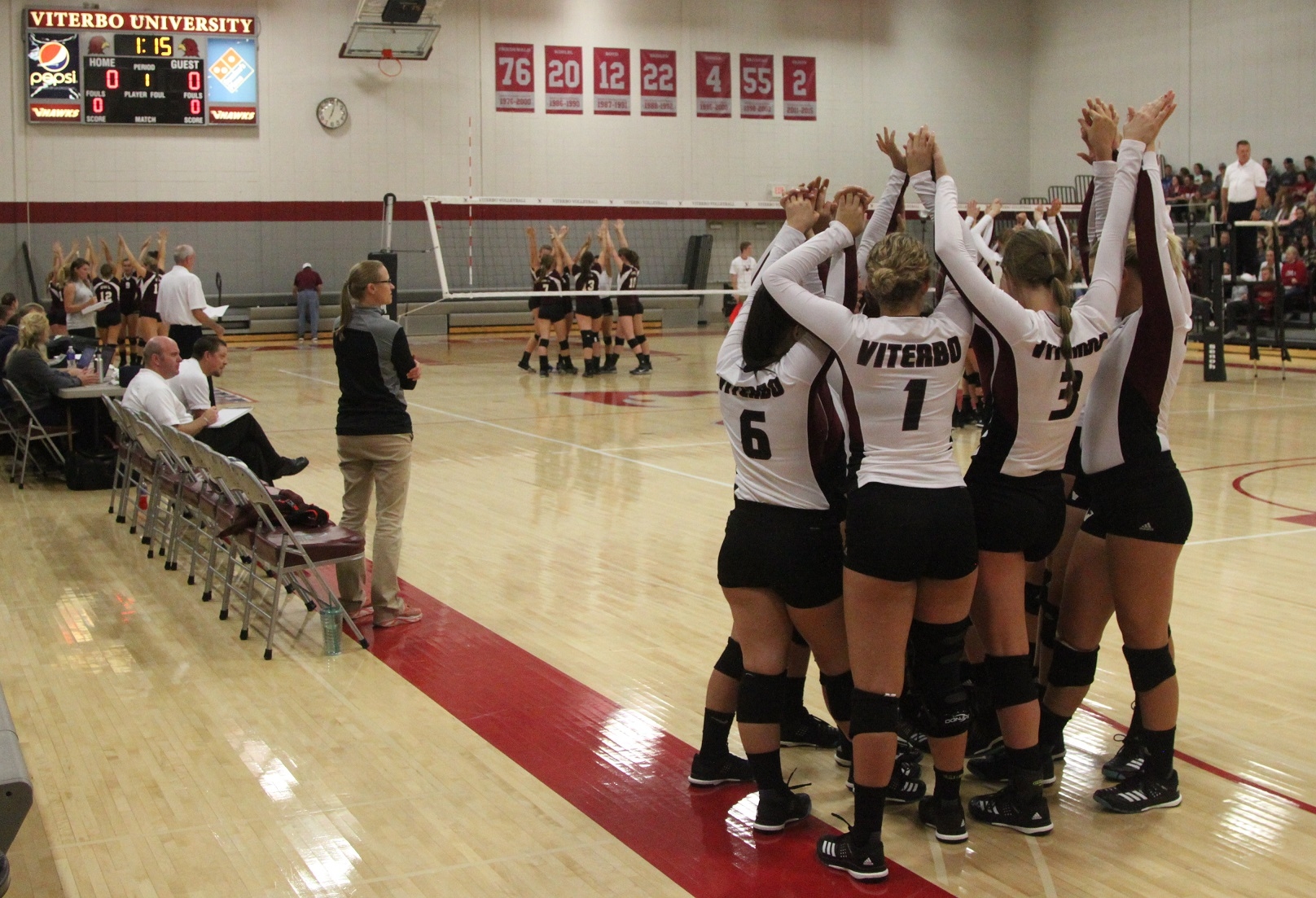 One streak continued and another one began Wednesday night for the Viterbo University volleyball team.

It took five sets, but the V-Hawks managed to take down the University of Wisconsin-La Crosse for the 10th consecutive time.

That’s streak No. 1. Streak No. 2 is Viterbo coach Ryan Delong’s against former players turned head coaches. And that streak stands now at 1-0.

Amber Dunn (with her her team above) played for Delong and the V-Hawks from 2008-2010. Ironically enough, she was on the team when they first beat UW-L back in 2008 to start this run.

Dunn beat the Eagles two more times before moving on to graduate school and other coaching gigs. Now, she’s back in La Crosse and on the wrong end of that streak in her first year at UW-L.

The V-Hawks (8-0) came in ranked No. 2 in the NAIA and have now beaten six opponents ranked in the Top 25, including UW-L (4-1). The Eagles are ranked 16th in the NCAA Division III preseason poll.

Before the game, Dunn and Delong shook hands and exchanged some pleasantries.

After the match, the two hugged at the center of the court and joked some more.

“He said you didn’t have to do that to us,” Dunn said with a laugh.

The win is Delong’s 401st of his career but he still has a ways to go to tie the all-time series with UW-L. The Eagles now hold a 27-13 advantage.

The last two seasons, in which the Eagles won the WIAC title and earned NCAA tournament berths, they lost to Viterbo 3-1 each time.

The V-Hawks have been to three consecutive NAIA tournaments. Two of those years, Viterbo was a win away from a national title berth.