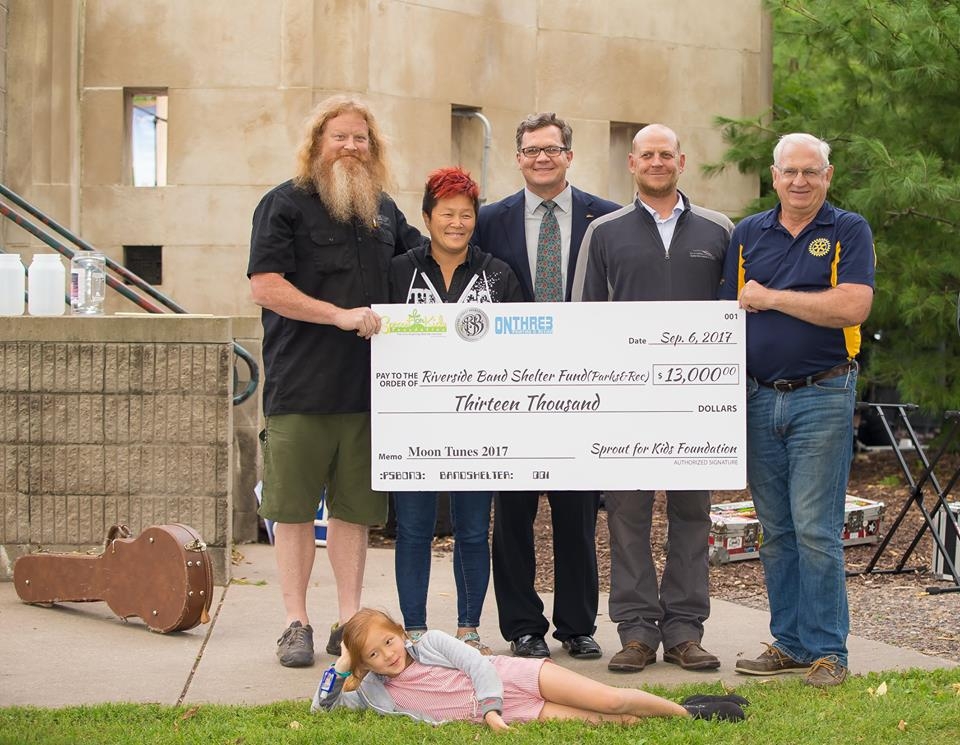 A full night of music on Wednesday night for thousands who gathered in Riverside Park.  Second to last night of the season for the Moon Tunes concert series.

The event, organized by Valley View Rotary and supported by Midwest Family Broadcasting, has a goal of raising enough money eventually to help pay for a new bandshell in Riverside Park.

Last night began with a big contribution to that effort.

Sprout for Kids Foundation, the charitable arm of Pearl Street Brewery and On Three Printing & Design, handed over a $13,000 check to Mayor Tim Kabat and the city’s parks department.

That money came from Pearl Street Brewery beer sales during Moon Tunes at the park this year.

Last year, the organization provided $10,000 towards the effort.

The city appears to have no definitive timeline yet for when a new bandshell might actually get built. It’s part of a larger renovation project for Riverside Park.

The Moon Tunes concert series wraps up tonight with the second night of the very popular Woodstock tribute.