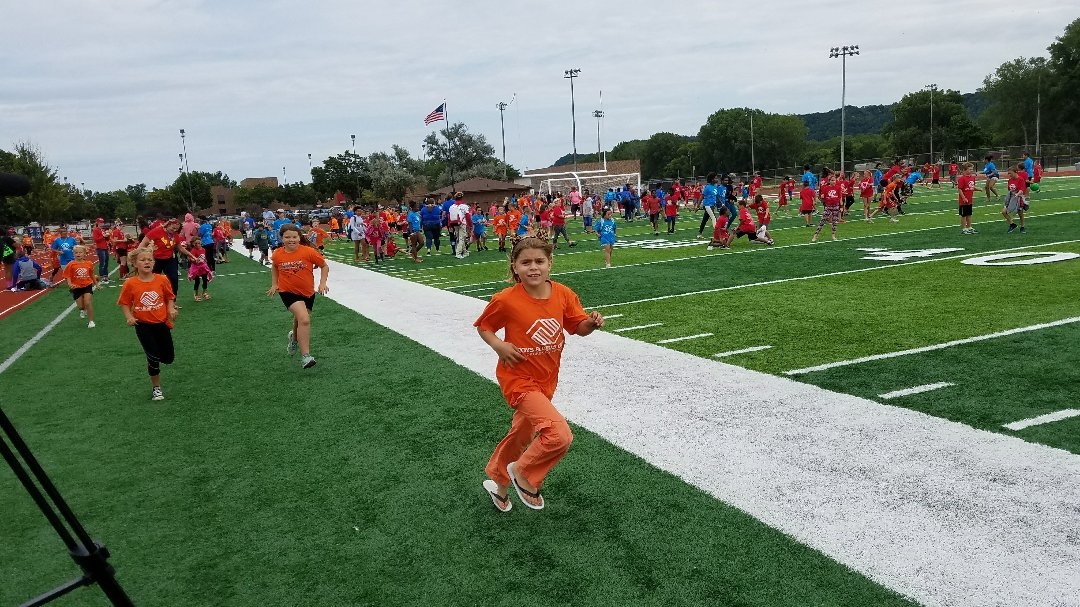 The Boys and Girls Clubs from La Crosse and West Salem got together at Logan High School on Friday afternoon for a end of summer bash.

Kids played football, tug of war and a multitude of other activities.

The event was sponsored by and dedicated to the Sara Rose Hougum Foundation.

Sara Hougom was killed at the age of 20 in 2012 during a botched armed robbery.

“She was violently taken from two individuals high on meth,” Sherry Hougum, Sara’s mother, said during a speech at the event. “Those drugs, they deteriorate your values and they cause heartache.”

Sherry has been involved in youth events and assisting law enforcement, since her daughter was killed.

“We focus on prevention and we want to provide positive opportunities for kids,” Sherry told WIZM. “Our foundation motto is: ‘Live Sara style and bring out the best in others.’”

The two men responsible for Hougom’s murder were each sentenced to 35 years in prison in La Crosse County Circuit Court.

Kong Vue had walked into Sara’s apartment on Division St. to take her purse. Sara startled him and he shot her twice. Vue then fled in a car driven by his uncle, Pao Choua Vue.

Sara was shot in the chest, and couldn’t speak while she dialed 911.