Analysis: Trump says ‘in the end, we will win’ in Afghan war 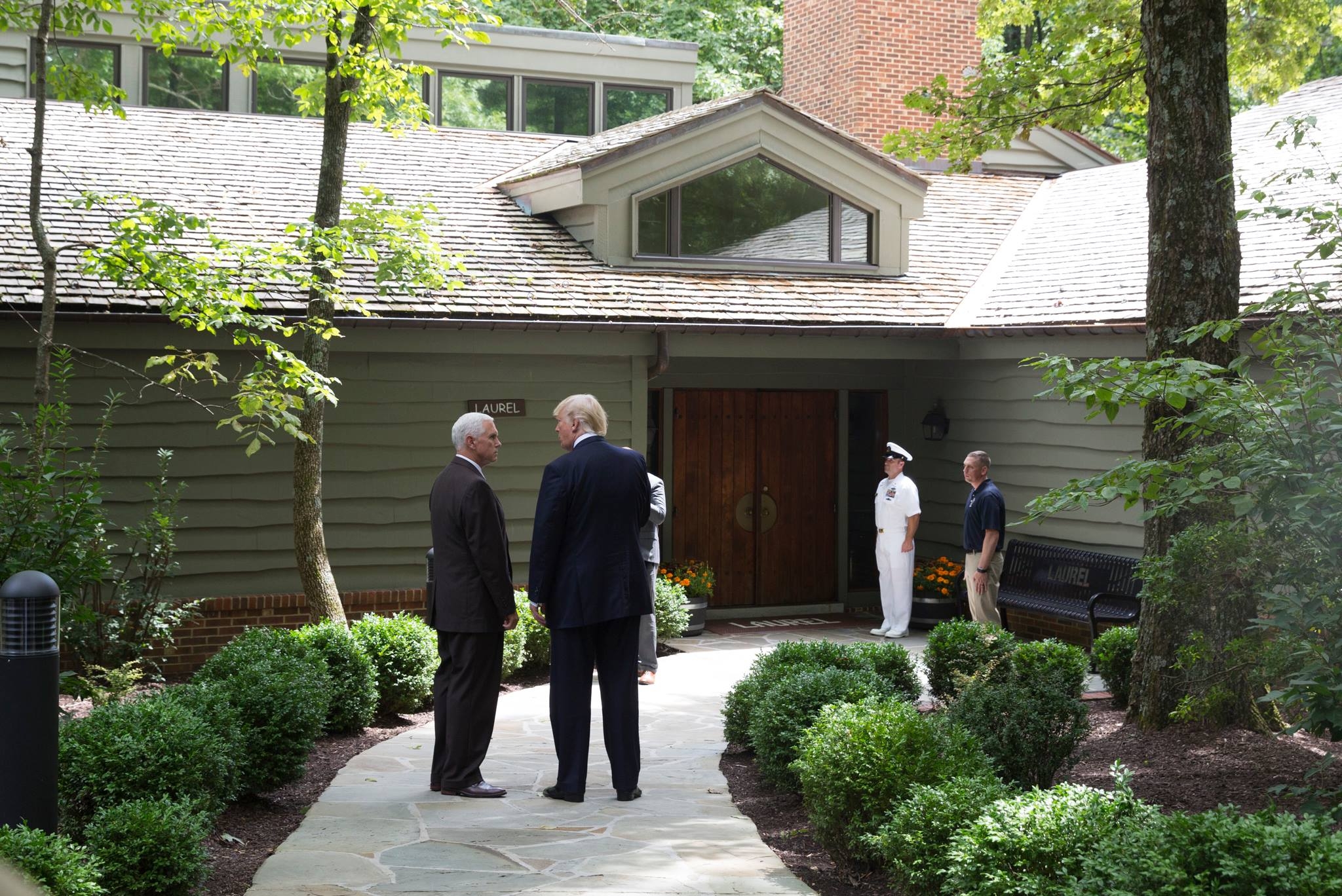 “We are not nation building again. We are killing terrorists.”

WASHINGTON — President Donald Trump is vowing to win what has seemed to be an unwinnable war.

How he plans to do so is still murky despite the months of internal deliberations that ultimately persuaded Trump to stick with a conflict he has long opposed.

In a 26-minute address to the nation Monday, Trump alluded to more American troops deploying to Afghanistan, but refused to say how many. He said victory would be well-defined, but outlined only vague benchmarks for success, like dismantling al-Qaida and preventing the Taliban from taking over Afghanistan. He said the U.S. would not offer Afghanistan a “blank check,” but provided no specific timetable for the end of an American commitment that has already lasted 16 years.

Instead, Trump projected an “I got this” bravado that has become a hallmark of his presidency.

“In the end, we will win,” he declared of America’s longest war. “We are not nation building again. We are killing terrorists.”

Victory in Afghanistan has eluded Trump’s predecessors: President George W. Bush, who launched the war after the Sept. 11, 2001 attacks, and President Barack Obama, who surged U.S. troop levels to 100,000, but ultimately failed in fulfilling his promise to bring the conflict to a close before leaving office.

As Trump now takes his turn at the helm, he faces many of the same challenges that have bedeviled those previous presidents and left some U.S. officials deeply uncertain about whether victory is indeed possible.

Afghanistan remains one of the world’s poorest countries and corruption is embedded in its politics. The Taliban is resurgent. And Afghan forces remain too weak to secure the country without American help.

“When we had 100,000 U.S. troops in Afghanistan, we couldn’t secure the whole country,” said Ben Rhodes, who served as Obama’s deputy national security adviser.

Trump offered up many of the same solutions tried by his predecessors. He vowed to get tough on neighboring Pakistan, to push for reforms in Afghanistan and to moderate ambitions. The U.S. will not be caught in the quagmire of democracy-building abroad, he said, promising a “principled realism” focused only on U.S. interests would guide his decisions.

Obama promised much of the same.

By simply sticking with the Afghan conflict, Trump’s plan amounts to a victory for the military men increasingly filling Trump’s inner circle and a stinging defeat for the nationalist supporters who saw in Trump a like-minded skeptic of U.S. intervention in long and costly overseas conflicts. Chief among them is ousted adviser Steve Bannon, whose website Breitbart News blared criticism Monday of the establishment’s approach to running he war.

After Trump’s speech, one headline on the website read: “’UNLIMITED WAR.” Another said: “What Does Victory in Afghanistan Look Like? Washington Doesn’t Know.”

Now Trump leads Washington and that question falls for him to answer. As a candidate, he energized millions of war-weary voters with an “America First” mantra and now faces the challenges of explaining how that message translates to U.S. involvement in a war across the globe, likely for years to come.

In a rare moment of public self-reflection, Trump acknowledged that his position on Afghanistan had changed since taking office and sought to sway his supporters who would normally oppose a continuation of the war.

“My original instinct was to pull out,” Trump said. “But all my life I’ve heard that decisions are much different when you sit behind the desk in the Oval Office, in other words, when you’re president of the United States.”

Trump pointed to “three fundamental conclusions” about U.S. interests in Afghanistan — all of which appeal to patriotism and nationalistic pride.

The president said the nation needs to seek “an honorable and enduring outcome worthy of the tremendous sacrifices” made by U.S. soldiers — a line that harkened back to promises made by Richard Nixon during the 1968 campaign to bring “an honorable end” to the war in Vietnam.

Trump also warned that a rapid exit would create a vacuum that terrorists like the Islamic State group and al-Qaida would fill, leading to conditions similar to before the Sept. 11, 2001, attacks. And he noted that the security threats in Afghanistan are “immense,” and made the case that it is key to protecting the U.S.

The U.S. currently has about 8,400 troops in Afghanistan. Pentagon officials proposed plans to send in nearly 4,000 more to boost training and advising of the Afghan forces and bolster counterterrorism operations against the Taliban and an Islamic State group affiliate trying to gain a foothold in the country.

To those U.S. service members, Trump promised nothing short of success.

“The men and women who serve our nation in combat deserve a plan for victory,” he said. “They deserve the tools they need and the trust they have earned to fight and to win.”