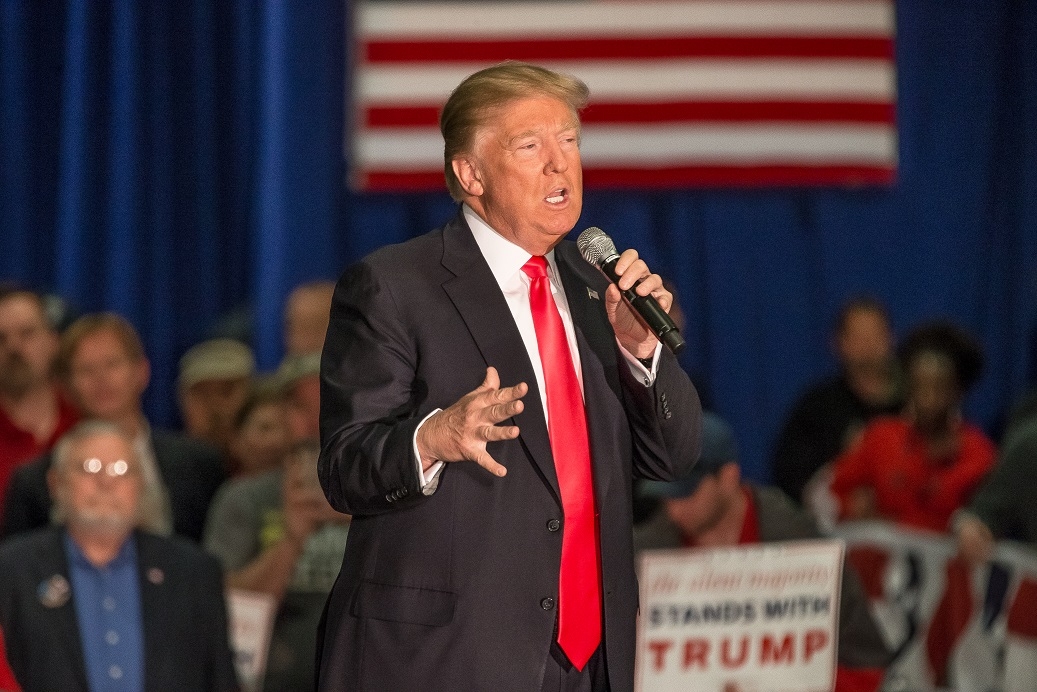 labeled Gov. Scott Walker’s signature public union restrictions an attack on democracy during a candidate forum Friday, playing up his liberal stances in what’s supposed to be a nonpartisan race.

Madison attorney Tim Burns began the hour-long forum by accusing conservative judges of eroding so many middle-class protections that the county fell into the Great Recession and people elected “an unhinged billionaire to lead our country.”

He went on to rip Walker’s signature law stripping public workers of most of their union rights as an attack on democracy, the middle class economy and the labor movement. He also praised former President Barack Obama’s health care reforms.

Burns spoke in a quivering voice barely louder than a whisper, saying he “was born without perfect vocal chords.”

“Seriously, my voice may shake but I will be an unshakeable champion of progressive values on the Wisconsin Supreme Court,” he said. “I am who I am. I’m not going to convince anyone I’m anything but progressive.”

The race is officially nonpartisan, although Burns has donated to Democratic candidates and had clearly decided to play up his political views on the campaign trail. Dallet has said she supports working families but has declined to say whether she considers herself a Democrat. Screnock leans conservative; he was part of legal teams that defended GOP state senators targeted for recall in 2011 over their support for Walker’s union restrictions. He also defended Republican-drawn redistricting maps.

Screnock didn’t attend the forum due to his judicial calendar. Dallet chastised Burns for speaking openly about his political views.

“We as judicial candidates should not be taking positions on issues that could come before the court. That’s what I hear from my opponent. We’re doing this already, it’s been going on. Well, it needs to stop.”

Burns, who has never run for office or served as a judge, said he plans to be fair and impartial on the bench but it’s a “fairy tale” to believe politics don’t influence judges.

“We just have to be real candid about that,” he said. “I plan to be the most candid judge in our history.”

Dallet and Burns both called for a public hearing to reconsider the conservative-leaning Supreme Court’s decisions to throw out a petition to bar judges from hearing cases involving their largest donors and move deliberations on internal rules behind closed doors. They also agreed that the amount of spending by outside groups in judicial campaigns should be limited but neither said by how much.