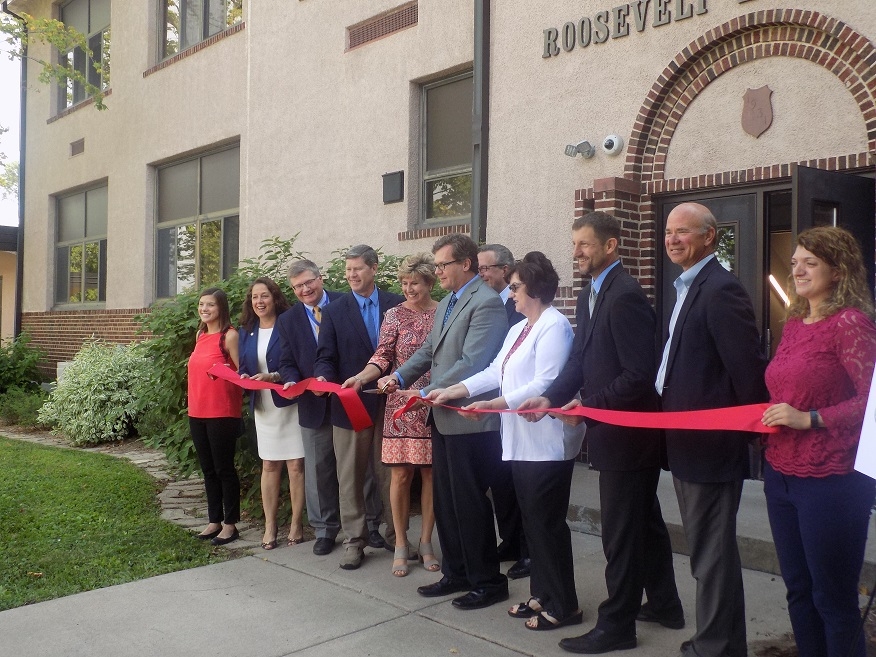 The newest apartment building in north La Crosse is inside one of the city’s oldest schools.

The Roosevelt School Apartments were dedicated with a ribbon cutting Wednesday.

It cost $7 million to convert the indoor school space into one-and-two-bedroom apartments, renting for just under $700 a month.

The ceremony comes three years after students were moved from Roosevelt to the new Northside Elementary School.

“If walls could talk, wow would we hear the stories,” she said at the ribbon cutting.

The new apartment building was dedicated by city, state and even federal dignitaries.

Congressman Ron Kind spoke about his experiences as a student at Roosevelt, originally built in 1923.

“It was just a great place to grow up as a kid,” Kind said.

Gorman and Co. remodeled the classrooms, gym and other parts of the school into 33 affordable apartments.