Trump warns N. Korea of "fire and fury like the world has never seen" if it threatens U.S. 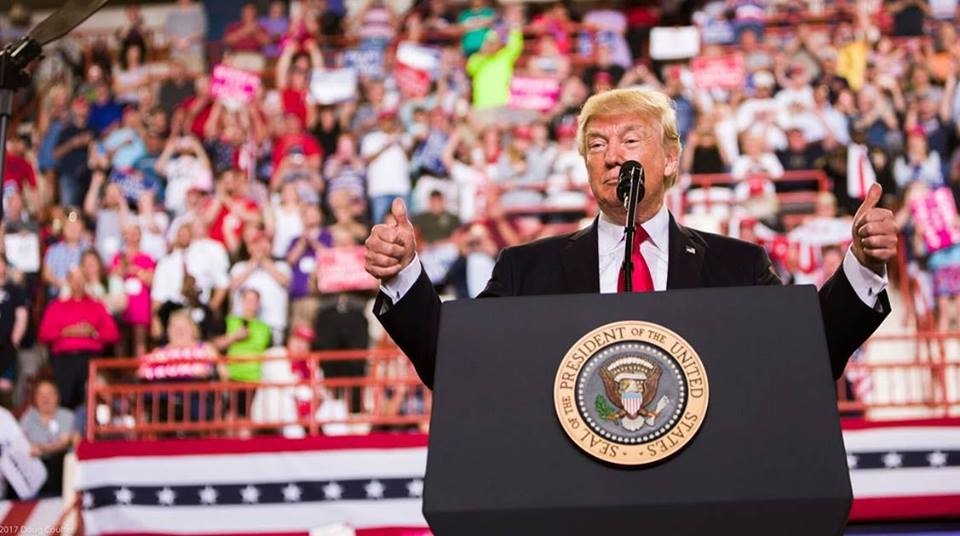 WASHINGTON — President Donald Trump warned North Korea it could face “fire and fury” if it threatens the United States, after a new report Tuesday said U.S. intelligence officials believe Pyongyang has successfully produced a nuclear warhead that can fit inside its missiles.

The latest report that it has produced a miniaturized nuclear warhead would mean North Korea has passed a key threshold in becoming a full-fledged nuclear power.

“North Korea had best not make any more threats to the United States. They will be met with fire and fury like the world has never seen,” Trump said during a briefing on opioid addiction at his golf course in Bedminster, New Jersey. “He has been very threatening beyond a normal state. And as I said they will be met with fire, fury and frankly power the likes of which this world has never seen before.”

Japan’s Defense Ministry concluded in an annual white paper released Tuesday that “it is possible that North Korea has achieved the miniaturization of nuclear weapons and has developed nuclear warheads.” Japan, a key U.S. ally, is also a potential target of North Korean aggression.

A report in The Washington Post on Tuesday went further. The newspaper said U.S. intelligence officials have assessed that a decade after North Korea’s first nuclear test explosion, Pyongyang has produced nuclear weapons for ballistic missile delivery, including by intercontinental missiles — the type capable of reaching the continental U.S.

Officials at the agency would not comment Tuesday on the report. The Office of the Director of National Intelligence has not commented.

The U.N. Security Council this weekend slapped its toughest sanctions yet on North Korea over its latest test of a ballistic missile that could be used to deliver a nuclear weapon. Despite the rapid tempo of these tests, uncertainty has lingered over the isolated nation’s ability to couple such a missile with a nuclear device.

Those uncertainties appear to be receding.