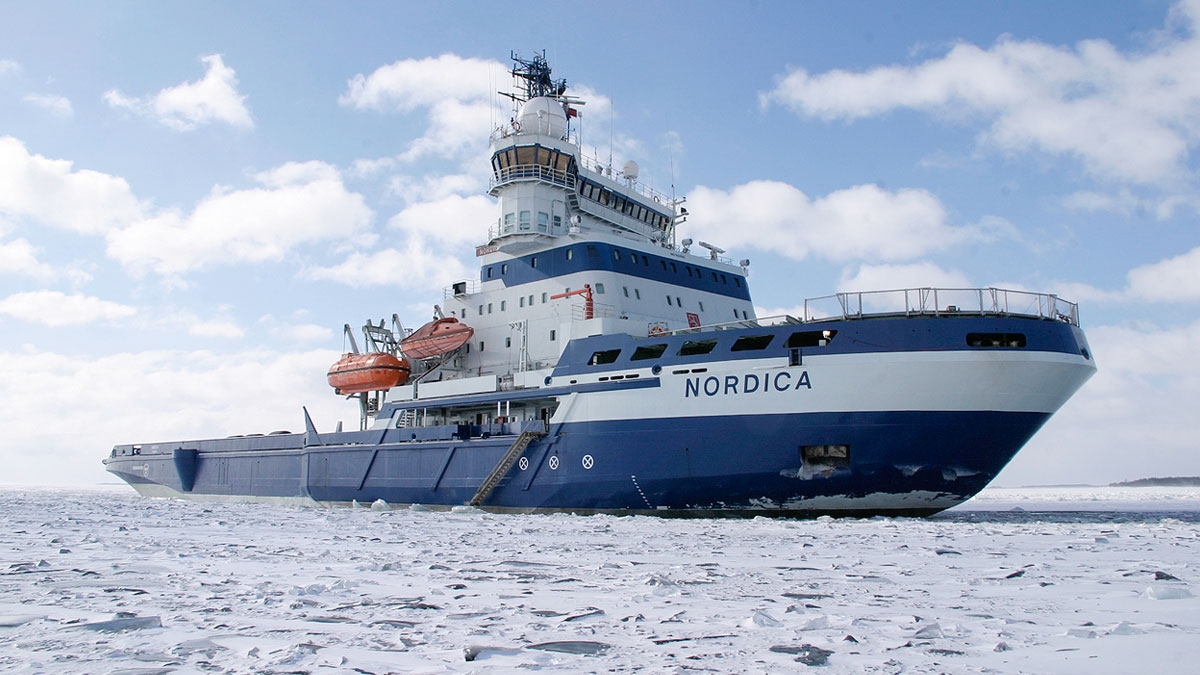 Scientists predict Northwest Passage to be ice free by 2050 if warming levels continue.

NUUK, Greenland — After 24 days at sea and a journey spanning more than 10,000 kilometers (6,214 miles), the Finnish icebreaker MSV Nordica has set a new record for the earliest transit of the fabled Northwest Passage.

The once-forbidding route through the Arctic, linking the Pacific and the Atlantic oceans, has been opening up sooner and for a longer period each summer due to climate change. Sea ice that foiled famous explorers and blocked the passage to all but the hardiest ships has slowly been melting away in one of the most visible effects of man-made global warming.

Records kept by Canada’s Department of Fisheries and Oceans show that the previous earliest passage of the season happened in 2008, when the Canadian Coast Guard ship Louis L. St-Laurent left St. John’s in Newfoundland on July 5 and arrived in the Beaufort Sea off Point Barrow on July 30.

The Nordica, with a team of researchers and Associated Press journalists on board, completed a longer transit in less time – albeit in the opposite direction – setting off from Vancouver on July 5 and reaching Nuuk, the capital of Greenland, on July 29.

While the icebreaker encountered Chinese cargo vessels, Alaskan fishing boats and a German cruise ship in the Pacific, upon entering the Canadian Archipelago, the Nordica traveled alone. Radar indicated the presence of the U.S. Coast Guard cutter Sherman near Point Barrow; along the coast an occasional collection of houses revealed evidence of human settlement in the far north.

For the most part, the ship’s only companions were Arctic sea birds, seals and the occasional whale, until two-thirds of the way through the voyage, as Nordica was plowing through sea ice in Victoria Strait, a crew member sighted a polar bear.

These animals have come to symbolize the threat posed to Arctic wildlife by climate change because the sea ice they depend on for hunting is disappearing a bit more each year. Scientists predict the Northwest Passage will be largely ice free in the summer by 2050 if current levels of warming continue.

For now, the passage remains a challenge for conventional ships and efforts are being made to prevent frozen waterways that the local Inuit population depends on for travel from being opened up. Yet tourism and other forms of economic development are already under way.

As Nordica sailed through Baffin Bay, the far corner of the North Atlantic that separates Canada and Greenland, it passed cargo ships lining up in the distance. They were preparing to pick up iron ore from a mine on Baffin Island that’s expected to operate for decades to come.

On July 26, 1845, an expedition to find the Northwest Passage led by British explorer John Franklin was last sighted off Baffin Island. The expedition never made it. Trapped by sea ice, Franklin and his men perished from cold, illness and starvation. Their two ships were found in 2014 and 2016, not far from where Nordica sighted its first polar bear.