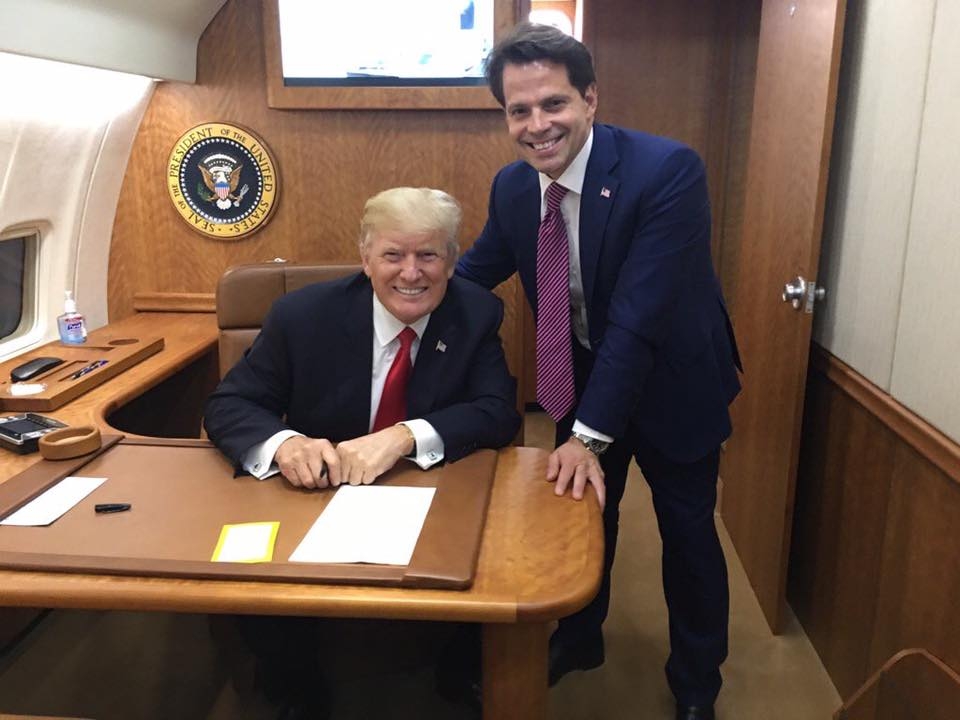 On the job 11 days, he said the same thing Sean Spicer did in getting a “clean slate” for leaving position.

WASHINGTON — Anthony Scaramucci is out as White House communications director after just 11 days on the job — and just hours after former Gen. John Kelly took over as President Donald Trump’s new chief of staff.

Hoping to turn the page on a tumultuous opening chapter to his presidency, Trump had insisted earlier Monday that there was “no chaos” in his White House as he swore in the retired Marine general as his second chief of staff.

Not long after, Scaramucci, who shocked many with a profane outburst last week against then-chief of staff Reince Priebus, was gone.

In the words of the White House announcement, he was leaving because he “felt it was best to give Chief of Staff John Kelly a clean slate and the ability to build his own team.” The three-sentence release concluded, “We wish him all the best.”

The statement about Scaramucci’s departure used the same “clean slate” language that departing press secretary Sean Spicer used to describe his reason for resigning on July 21 — the day Trump brought Scaramucci aboard.

Spicer was at the White House on Monday, saying he was assisting with the communications transitions.

As the Scaramucci news spread, Kelly was in the East Room smiling and taking pictures with guests who were gathering for a Medal of Honor presentation.

White House spokeswoman Sarah Huckabee Sanders said Trump felt that Scaramucci’s profanity-laced comments against Priebus “were inappropriate for a person in that position” of White House communications director. The president had not publicly expressed disapproval of those comments in the days after they became public.

Sanders added that Kelly has “the full authority to operate within the White House and that all staff will report to him,” a change from Priebus’ tenure.

Earlier, in an Oval Office ceremony, Trump predicted Kelly, who previously served as Homeland Security chief, would do a “spectacular job.” And the president chose to highlight the rising stock market and positive jobs outlook rather than talk about how things might need to change in his White House under Kelly.

Trump on Friday ousted Priebus as chief of staff and turned to Kelly, who he hopes will bring military discipline to an administration weighed down by a stalled legislative agenda, infighting among West Wing aides and a stack of investigations.

Scaramucci’s brief tenure shoved internal White House disputes into the open. In media interviews, he trashed Priebus as a “leaker” and senior White House aide Steve Bannon as a self-promoter. One of Scaramucci’s first — and it turns out only — acts was to force out a communications aide seen as loyal to Priebus.

Spicer, Priebus and Bannon had all objected to Trump’s decision to hire Scaramucci, who would have reported directly to the president.

While Trump is looking for a reset, he pushed back against criticism of his administration with this tweet: “Highest Stock Market EVER, best economic numbers in years, unemployment lowest in 17 years, wages raising, border secure, S.C.: No WH chaos!”