SOUP reboot raises nearly $2,000 for kids out of foster care 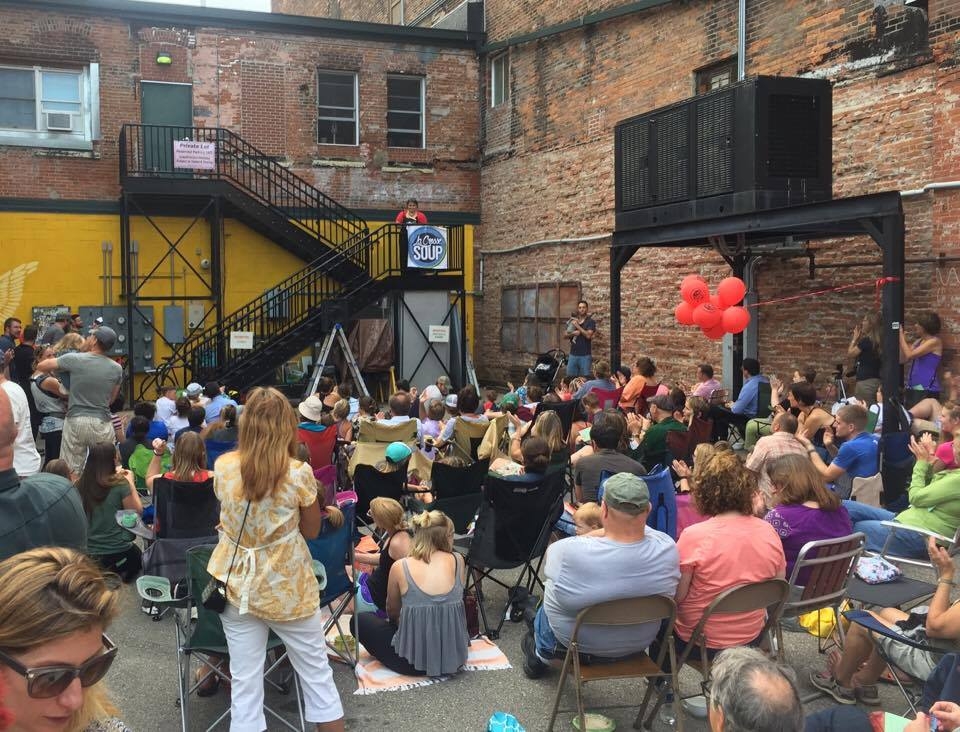 Crowdfunding group back with new ideas.

Soup is back. La Crosse SOUP, that is.

The crowdfunding effort gathered at the Root Note in downtown La Crosse on Tuesday night.

It’s a reboot of sorts.

The original version of SOUP died after founder Andrew Londre admitted to using money from the fundraiser for purposes beyond what it was meant.

This new version of SOUP is organized as an actual nonprofit with a board of directors and a firm plan about helping the community with funds raised.

The idea: You pay five bucks, get some soup, put your money towards an idea that could benefit the community and vote for the best.

Tuesday night’s winner was a plan from La Crosse Family and Children’s Center to provide a tote of home goods for kids who’ve aged out of foster care.

The event raised close to $2,000 towards the effort, including $600 donated from Pearl St. Brewery.