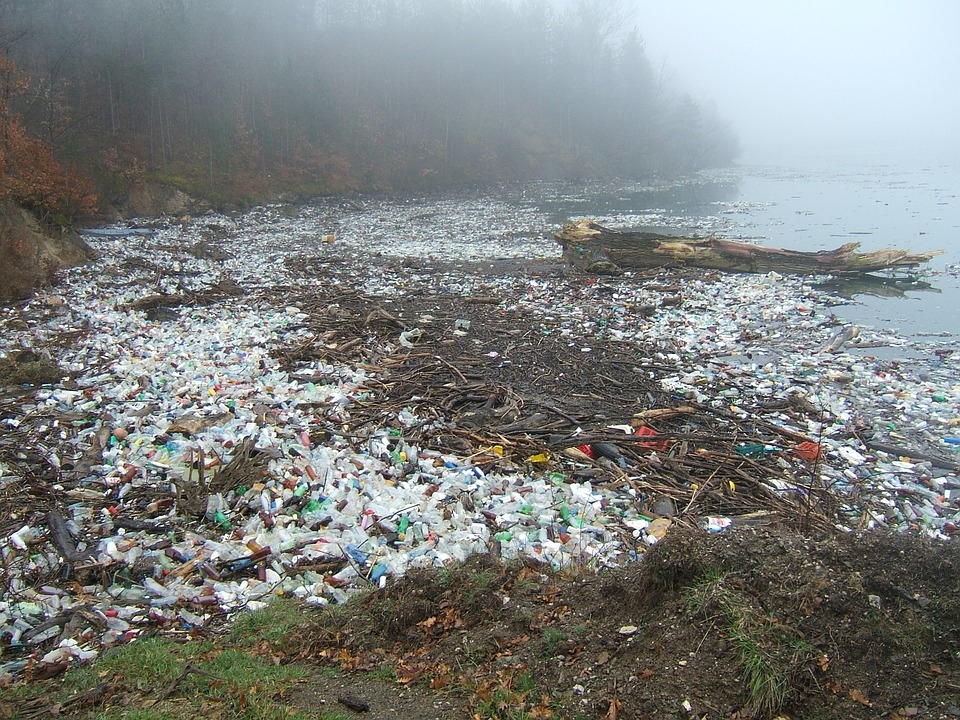 Industry has made 9.1 billion tons of plastic since 1950.

WASHINGTON — Industry has made more than 9.1 billion tons of plastic since 1950 and there’s enough left over to bury Manhattan under more than two miles of trash, according to a new cradle-to-grave global study.

Plastics don’t break down like other man-made materials, so three-quarters of the stuff ends up as waste in landfills, littered on land and floating in oceans, lakes and rivers, according to the research reported in Wednesday’s journal Science Advances .

“At the current rate, we are really heading toward a plastic planet,” said study lead author Roland Geyer, an industrial ecologist at the University of California, Santa Barbara. “It is something we need to pay attention to.”

The plastics boom started after World War II, and now plastics are everywhere. They are used in packaging like plastic bottles and consumer goods like cellphones and refrigerators. They are in pipes and other construction material. They are in cars and clothing, usually as polyester.

Study co-author Jenna Jambeck of the University of Georgia said the world first needs to know how much plastic waste there is worldwide before it can tackle the problem.

They calculated that of the 9.1 billion tons made, nearly 7 billion tons are no longer used. Only 9 percent got recycled and another 12 percent was incinerated, leaving 5.5 billion tons of plastic waste on land and in water.

Using the plastics industry own data, Geyer, Jambeck and Kara Lavender Law found that the amount of plastics made and thrown out is accelerating. In 2015, the world created 448 million tons of plastic — more than twice as much as made in 1998.

China makes the most plastic, followed by Europe and North America.

“The growth is astonishing and it doesn’t look like it’s slowing down soon,” Geyer said.

About 35 percent of the plastic made is for packaging, like water bottles. Geyer said his figures are higher than other calculations because he includes plastics material woven into fibers like polyester clothing, including microfiber material.

An official of a U.S. trade group said the plastics industry recognizes the problem and is working to increase recycling and reduce waste.

“Plastics are used because they are efficient, they are cost effective and they do their jobs,” said Steve Russell, vice president of plastics for the American Chemistry Council , an industry association that represents manufacturers. “And if we didn’t have them, the impact on the environment would be worse.”

Using alternatives to plastics for packaging and consumer goods such as glass, paper or aluminum requires more energy, Russell said.

The world still makes more concrete and steel than plastic, but the big difference is that they stay longer in buildings and cars and degrade better than plastic, Geyer said. Except for what is burned, “all the plastics that we made since 1950 are still with us,” he said.

“The fact that it becomes waste so quickly and that it’s persistent is why it’s piling up in the environment,” said Chelsea Rochman, a professor of ecology at the University of Toronto. She wasn’t part of the study but like other outside experts praised it for thoroughness and accuracy.

“At some point we will run out of room to put it,” she said in an email. “Some may argue we already have and now it’s found in every nook and cranny of our oceans.”

“It’s a huge amount of material that we’re not doing anything about,” Wallace said. “We’re finding plastics everywhere.”