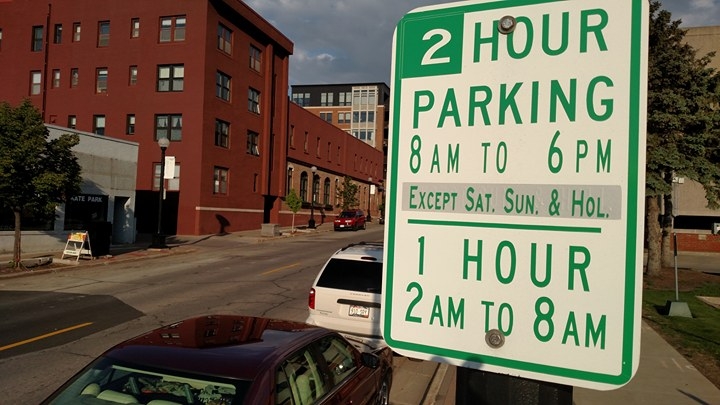 Flottmeyer says the change is next logical step.

Sooner or later, parking free on the streets of La Crosse will end, according to the city’s parking utility coordinator, Jim Flottmeyer.

The future for parking on the street downtown will look something like this: Anywhere there’s two-hour parking would essentially become paid parking.

“It can become just the next phase down the road,” Flottmeyer said. “We haven’t put any dates to that but you have to look at it. It just makes sense.

“We don’t have the infrastructure costs to do that together yet and that’ll be the big piece of the puzzle.”

Flottmeyer predicts debate on the issue happening within a year and that talks are already underway among some downtown businesses that want to bring back paid street parking.

There are questions to answer, however, he points out. Like the big one about money.

“It’s going to cost X amount of dollars and how do we pay for that initial cost and what’s the return of investment on that cost?,” Flottmeyer said.

Adjustments would also have to be made for downtown property owners that currently pay a special assessment, so that the free parking can continue.

Flottmeyer also pointed out that while locals cling to the free parking on downtown streets, visitors to the city are shocked that such a thing still exists.

Flottmeyer is also working towards an August 1st deadline to have a new paid parking system in the city’s existing ramps ready for use.