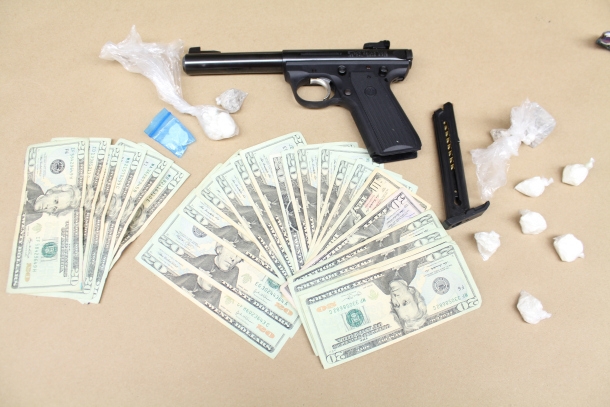 Lewis was illegally possessing a firearm

A repeat drug dealer is back to his old tricks.

After 105 days out of jail for dealing cocaine, 37-year-old Raymond Lewis was arrested last night during a raid by La Crosse Police, which turned up cocaine, heroin, meth and a firearm.

Lewis, his fiance Christina Joswick, and Tiffany Ellenbolt were all taken into custody.

In a statement, the La Crosse Police Dept. said it is disgusted they’ve arrested another repeat offender, and call on the local justice system to send a message.

It added that his behavior is increasingly dangerous, as he’s moved to possessing firearms to maintain his drug activity.

Lewis was sentenced to six years in prison in 2012, while the prosecutor had asked for 22 years.