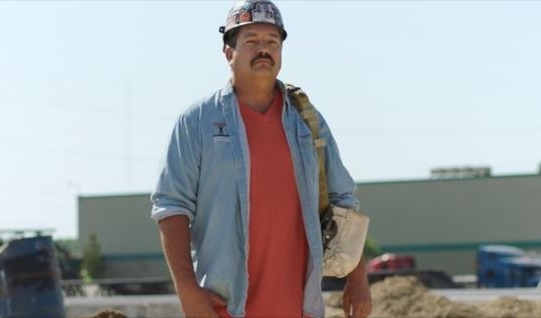 Bryce’s released ad on healthcare with his mother who has multiple sclerosis.

Randy Bryce, of Caledonia, Wis., is a U.S. Army veteran, community activist and political coordinator for his local ironworkers union. Bryce, highlighting both his occupation and mustache, goes by @IronStache on Twitter and just released this ad on health care that revolves around his mother, who has multiple sclerosis.

Bryce argued that his blue collar background was more in line with the sensibility of the congressional district, which has long relied on a shrinking manufacturing economy.

“My values are my neighbors’ values, and we know that Washington has gotten way off track,” Bryce said in a statement. “Whether it’s healthcare, jobs, national security, education, or the environment, there’s not one issue where Paul Ryan and Donald Trump are headed in the right direction. It’s time for a change in Congress.”

Bryce lost a Democratic primary for state Assembly in 2012 and the general election for state Senate in 2014.

“The voters of Wisconsin have already rejected Randy Bryce multiple times,” said Republican Party spokesman Alec Zimmerman. “Instead of fighting for hard-working Wisconsin families, Randy Bryce will say and do anything to get to Washington and defend his liberal special interest friends.”

A political activist from Ohio, David Yankovich, has also announced he’s running as a Democrat. Republican Paul Nehlen last week said he was challenging Ryan in the GOP primary after losing to him by 68 points last year.