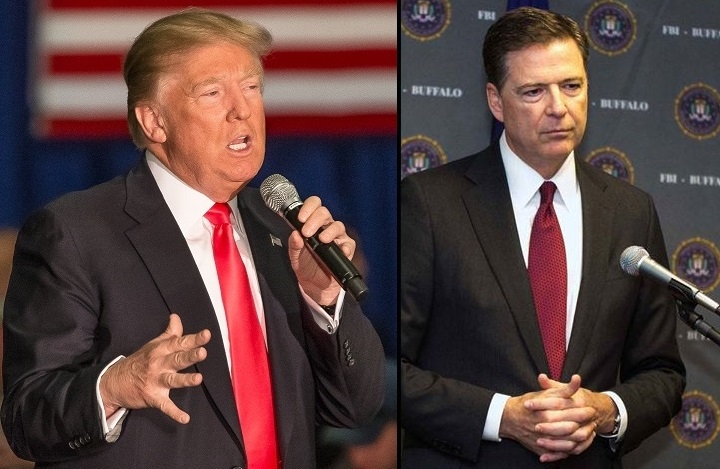 Counsel also looking into Russian influence in the presidential campaign.

WASHINGTON — The special counsel appointed to investigate Russian influence in the 2016 presidential campaign is now examining whether President Donald Trump tried to obstruct justice, it has been reported.

Accusations of obstruction arose last month when Trump fired FBI Director James Comey, who testified in a Senate hearing last week that he believed he was fired “because of the Russia investigation.”

Comey also testified he had told Trump he was not under investigation.

Mark Corallo, a spokesman for Trump’s personal lawyer, responded Wednesday evening to the Post report by saying: “The FBI leak of information regarding the president is outrageous, inexcusable and illegal.”

The Post report cited anonymous sources who were briefed on requests made by investigators. It was not known whether the FBI was the source of the information. The New York Times also reported the story.

Mueller met Wednesday with the leaders of the Senate Intelligence Committee in an effort to ensure their investigations don’t conflict.

The leaders of the Senate Intelligence committee said in a statement issued Wednesday that they “look forward to future engagements” with Robert Mueller.

Senate Intelligence Committee Chairman Richard Burr, R-N.C., and Sen. Mark Warner of Virginia, the panel’s top Democrat, didn’t provide any other details regarding the meeting. An aide familiar with the meeting said it was held to discuss the investigations, including ways that the parallel inquiries don’t interfere with or overlap one another. The aide spoke on condition of anonymity because the meeting was private.

The meeting comes a day after lawmakers questioned Justice Department officials about the probe and Mueller’s independence, and after a friend of Trump said the White House was considering firing Mueller.

Deputy Attorney General Rod Rosenstein, who appointed Mueller last month, testified Tuesday he has seen no evidence of good cause to fire Mueller.

Grassley announced the investigation in a letter to California Sen. Dianne Feinstein, the panel’s top Democrat. Grassley’s office said the letter is in response to a recent letter from Feinstein requesting that the committee seek details from senior FBI leadership about Comey’s interactions with President Donald Trump before he was fired.

The letter said the investigation will also probe Comey’s testimony that Loretta Lynch, as President Barack Obama’s attorney general, had directed him to describe an FBI probe into Hillary Clinton’s email practices as merely a “matter” and to avoid calling it an investigation.

“You and I agree that the American people deserve a full accounting of attempts to meddle in both our democratic processes and the impartial administration of justice … It is my view that fully investigating the facts, circumstances, and rationale for Mr. Comey’s removal will provide us the opportunity to do that on a cooperative, bipartisan basis,” according to the letter.

Feinstein has said the Judiciary Committee should investigate, but had asked Grassley to keep the investigations separate. Grassley said Comey’s dismissal and Comey’s testimony on Lynch should be looked at together, noting that Comey “took the opportunity in his testimony to clear his own name by denouncing as false the administration’s claims that the FBI rank-and-file had lost confidence in Mr. Comey’s leadership in the wake of the Clinton email investigation.”