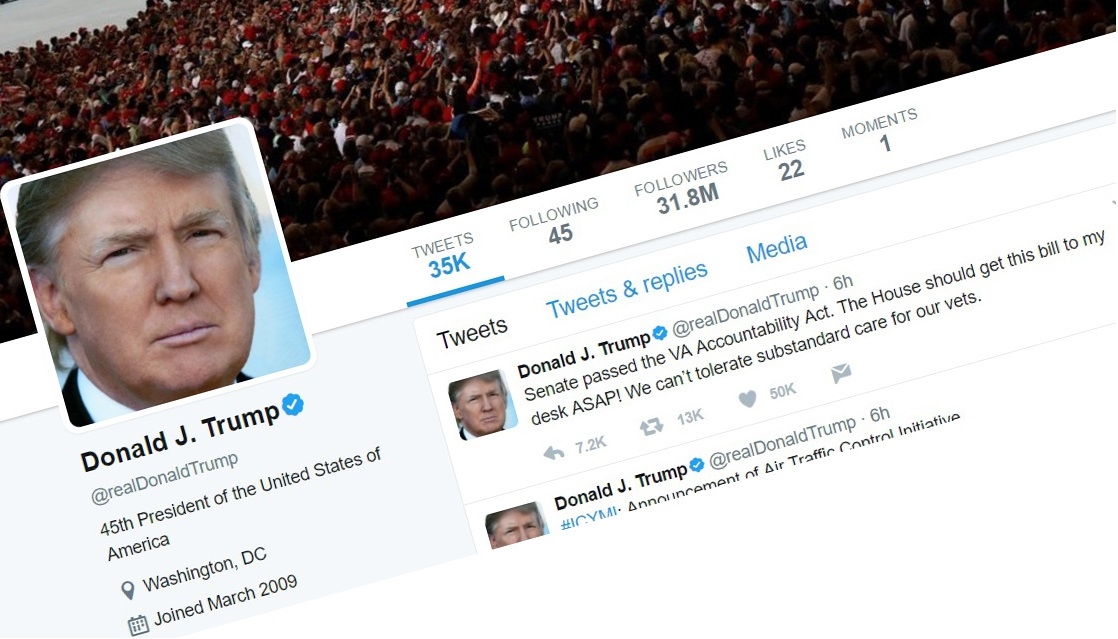 NEW YORK — President Donald Trump may be the nation’s tweeter-in-chief, but some Twitter users say he’s violating the First Amendment by blocking people from his feed after they posted scornful comments.

Lawyers for two Twitter users sent the White House a letter Tuesday demanding they be un-blocked from the Republican president’s @realDonaldTrump account.

“The viewpoint-based blocking of our clients is unconstitutional,” wrote attorneys at the Knight First Amendment Institute at Columbia University in New York.

The tweeters — one a liberal activist, the other a cyclist who says he’s a registered Republican — have posted and retweeted plenty of complaints and jokes about Trump.

They say they found themselves blocked after replying to a couple of his recent tweets. The activist, Holly O’Reilly, posted a video of Pope Francis casting a sidelong look at Trump and suggested this was “how the whole world sees you.” The cyclist, Joe Papp, responded to the president’s weekly address by asking why he hadn’t attended a rally by supporters and adding, with a hashtag, “fakeleader.”

Blocking people on Twitter means they can’t easily see or reply to the blocker’s tweets.

Although Trump started @realDonaldTrump as a private citizen and Twitter isn’t government-run, the Knight institute lawyers argue that he’s made it a government-designated public forum by using it to discuss policies and engage with citizens.

The institute’s executive director, Jameel Jaffer, compares Trump’s Twitter account to a politician renting a privately-owned hall and inviting the public to a meeting.

“The crucial question is whether a government official has opened up some space, whether public or private, for expressive activity, and there’s no question that Trump has done that here,” Jaffer said. “The consequence of that is that he can’t exclude people based solely on his disagreement with them.”

The users weren’t told why they were blocked. Their lawyers maintain that the connection between their criticisms and the cutoff was plain.

“This is an emerging issue,” says Helen Norton, a University of Colorado Law School professor who specializes in First Amendment law.

Morgan Weiland, an affiliate scholar with Stanford Law School’s Center for Internet and Society, says the blocked tweeters’ complaint could air key questions if it ends up in court. Does the public forum concept apply in privately run social media? Does it matter if an account is a politician’s personal account, not an official one?