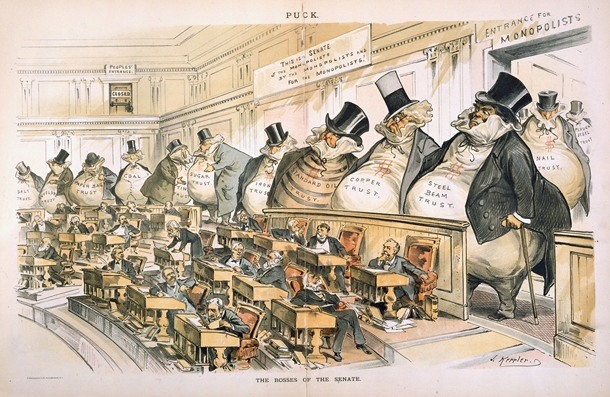 A group looking to amend the U.S. Constitution won’t be satisfied with the latest results from voting.

United to Amend is seeking to change the Constitution as a way to get big money out of politics.

The group has just scored 18 more victories throughout Wisconsin – communities overwhelmingly voting yes in referendums that call for the amendment.

It’s an acknowledgement, says organizer George Penn, that people feel political spending has gotten out of hand on the state and federal level.

“People don’t feel like it,” Penn said. “They know it. The government now represents those who fund their elections. We are now looking for them to represent us again.”

Penn says it will take thousands of votes before the constitutional amendment process can move forward. So, the grassroots effort from United to Amend is hoping the word keeps spreading.

“In order to get our state to call for a constitutional amendment, we need to make sure we have enough voices because our state, like the federal government at this point, is not listening to us,” Penn said.

A constitutional amendment would, among other things, reverse a recent supreme court decision, which cleared the way for corporations to donate big money to political campaigns.

The 18 referendums passed in Wisconsin brings the total to 96 communities that have passed such measures. About 700 successful votes have happened nationwide.

That’s 96 communities in Wisconsin calling for ending the fountain of cash that flows into politics. By wide margins. In Lake Tomahawk, Wis., the measure was approved by 91 percent.

“The town of Lake Tomahawk is a very conservative community and we’ve known all along that conservatives, as well as liberals, want a better government,” Penn said.